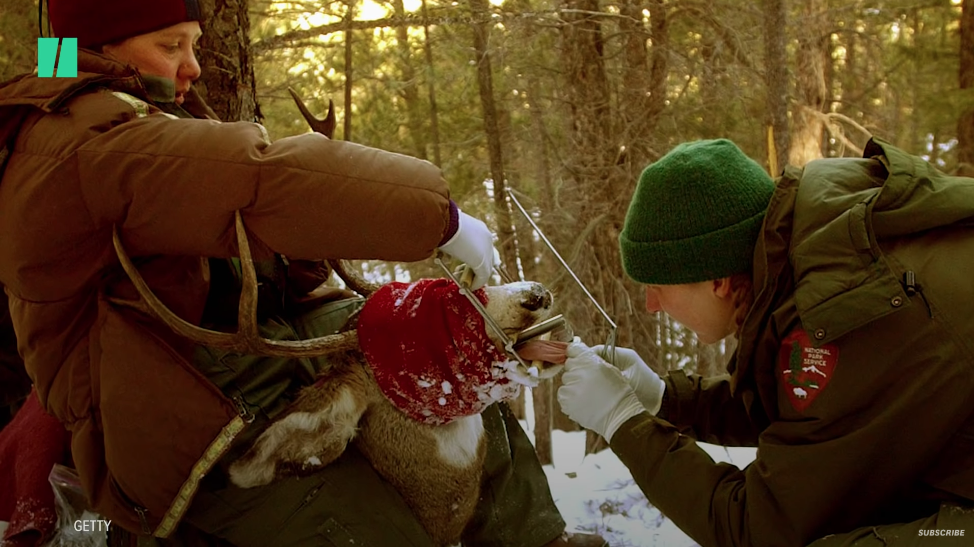 Take Cover! There’s a Real Life Deer Zombie Apocalypse and it Can Spread to Humans!

Take Cover! There’s a Real Life Deer Zombie Apocalypse and it Can Spread to Humans!

A deadly and infectious condition know as ‘zombie deer disease’ is said to be spreading rapidly across the US – and humans could be next, an expert has warned. Chronic Wasting Disease (CWD) is currently plaguing deer, elk and moose across 24 states and two Canadian provinces. The disease attacks the brain, spinal chord and other tissues in the creature, before ultimately resulting in death. It also causes dramatic weight-loss, loss of coordination and bouts of hyper-aggression. ‘Since 2000, the area known to be affected by CWD in free-ranging animals has increased to at least 24 states, including states in the Midwest, Southwest, and limited areas on the East Coast,’ the CDC says.

Continue Reading
You may also like...
Related Topics:Apocalypse, deer, zombie

60 Second Real Estate : How To Save Money When Buying a Home
60 Second Chef: How to Make Caprese Chicken With Cauliflower Risotto