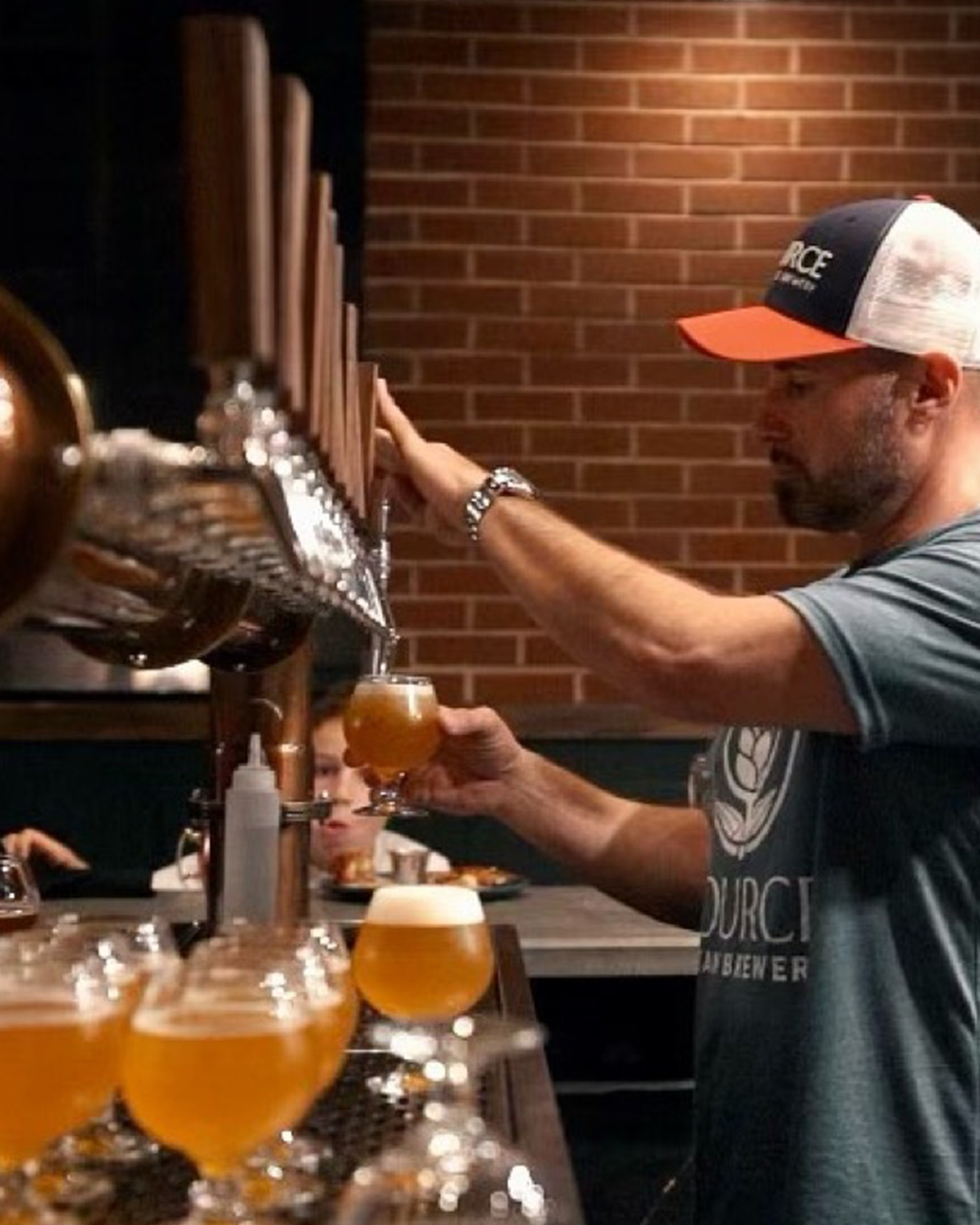 Hey beer enthusiasts we have some great news for you. Fishtown is welcoming a new brewery and it will have plenty of options including 32 beers on tap.  Source Urban Brewing is opening its doors on September 17th at 1101 Frankford Ave.

Owners Philip Petracca and Greg Taylor founded Source Farmhouse Brewery back in 2017 and opened for business in 2019 with their original location in Colts Neck, NJ. 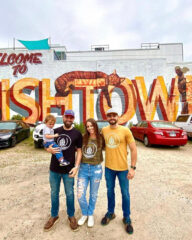 “After visiting breweries all over the world we came to the conclusion that the best beers we’ve ever had couldn’t be separated from the overall experience surrounding the beer.  And we believe the best drinking experience is had directly at the source where it was made.  We strive to cultivate the ideal beer drinking experience at our original renovated farmhouse brewery location in Colts Neck, NJ and plan on delivering another unique drinking experience in Fishtown, this time with a full kitchen,” states Greg.

As a teenager Greg did a fair bit of traveling and it exposed him to some world class beers and it wasn’t long before he began producing his own brew. “I began homebrewing shortly after that, then enrolled in the Master Brewers Program at the Siebel Institute of Technology and Doemens Academy in Munich, Germany.   After graduation I brewed for Weyerbacher Brewing in Easton, PA before syncing up with Phil to create Source Brewing.”

So what can beer drinkers expect from Source Urban Brewery? Well their 32 taps will include four Czech LUKR side pull faucets to pour lagers and two nitro faucets. As for food expect tasty options such as buffalo 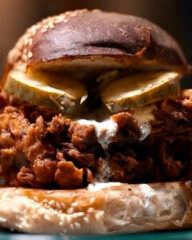 The venue seats 90 indoor and will eventually expand to seat an additional 50. “Attention to detail, focusing on the entire beer drinking experience, hospitality, continuously offering a wide variety of rotating beer styles at any given time, undying passion and dedication to elevating the craft, staying in our own lane and working hard to deliver the best beer drinking experience possible,” Greg states.

As a native to the region and a life-long Eagles fan the team at Source Urban Brewery are excited to join the ever growing food and drink scene in Fishtown.  Their hours of operation are Thursday 5 pm-10 pm, Friday 5 pm to midnight, Saturday 12 pm to midnight, Sunday 11 am – 9 pm and closed Monday & Tuesdays. 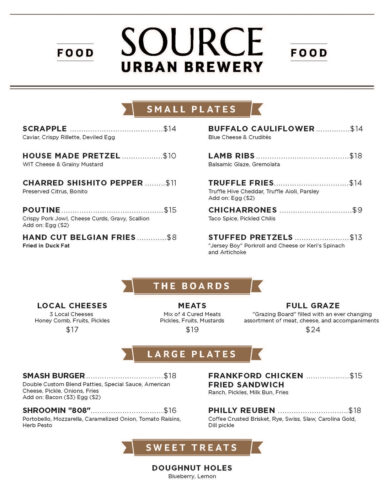 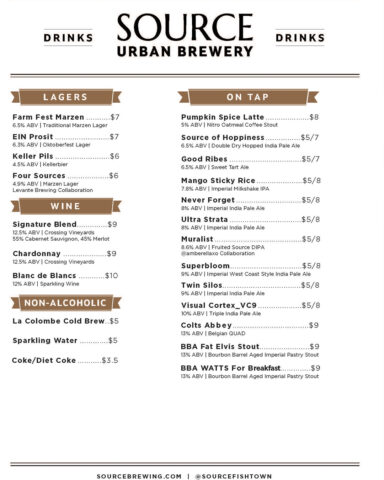 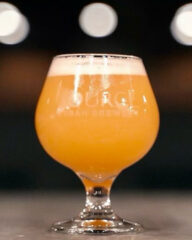 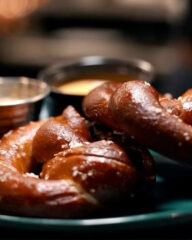 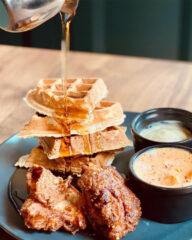 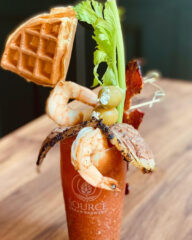