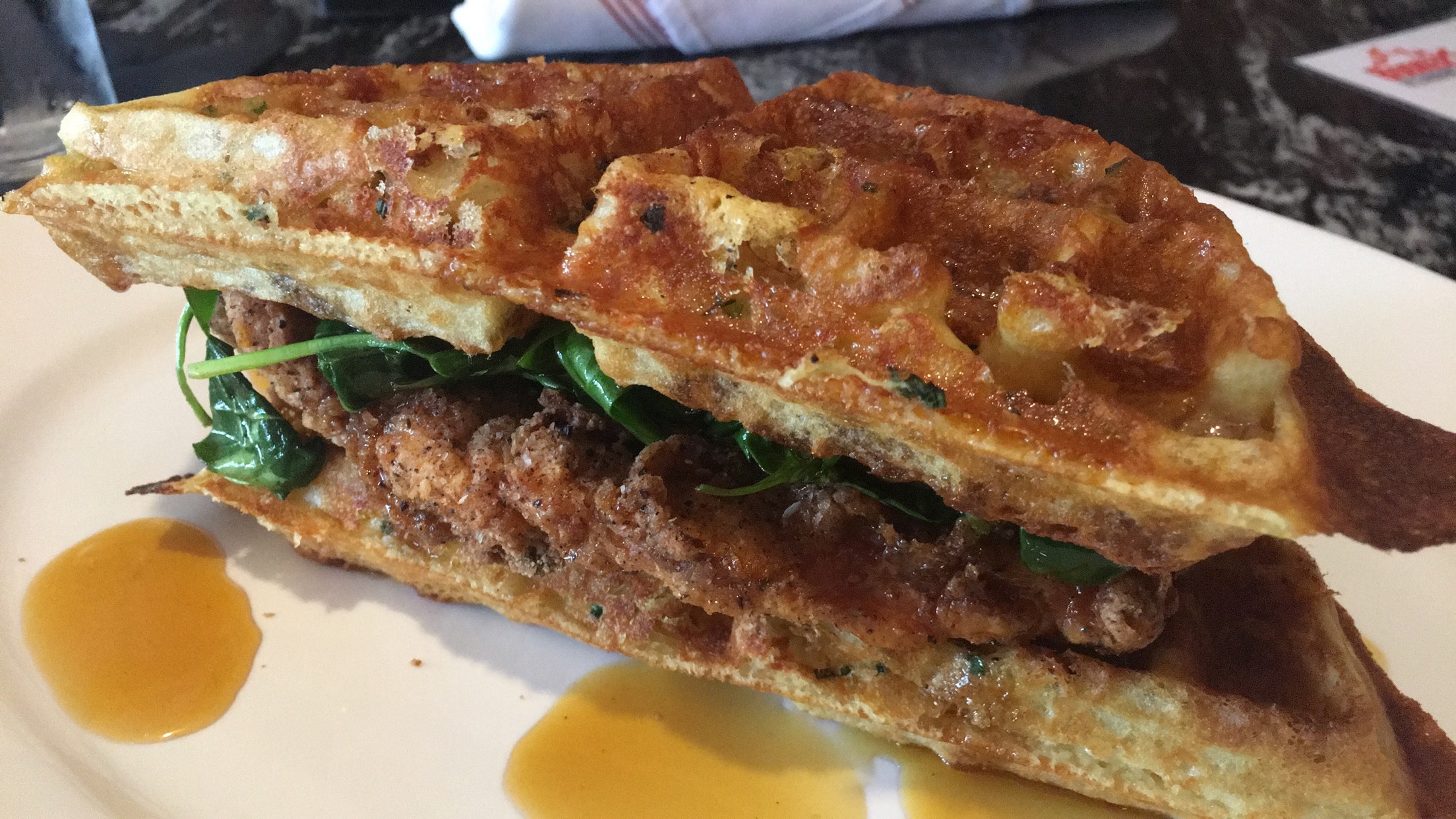 Say Hello to the Best Chicken & Waffle Sandwich in Philly

Say Hello to the Best Chicken & Waffle Sandwich in Philly

I’ll be the first to admit that the food scene here in Philly has become a little overwhelming. Not only are new spots popping up all-over the city, the food trucks in the city rival the dishes served in actual brick & mortar joints.  However, many times we get so caught up in the hip sections of the city that we fail to explore the up-and-coming spots.  So when we look to recommend a place, we makes sure it’s the real deal.  Not just any restaurant gets to grace our web pages.  So when we came across the new spot Booker’s (5021 Baltimore Ave.) in West Philly, we had to share. 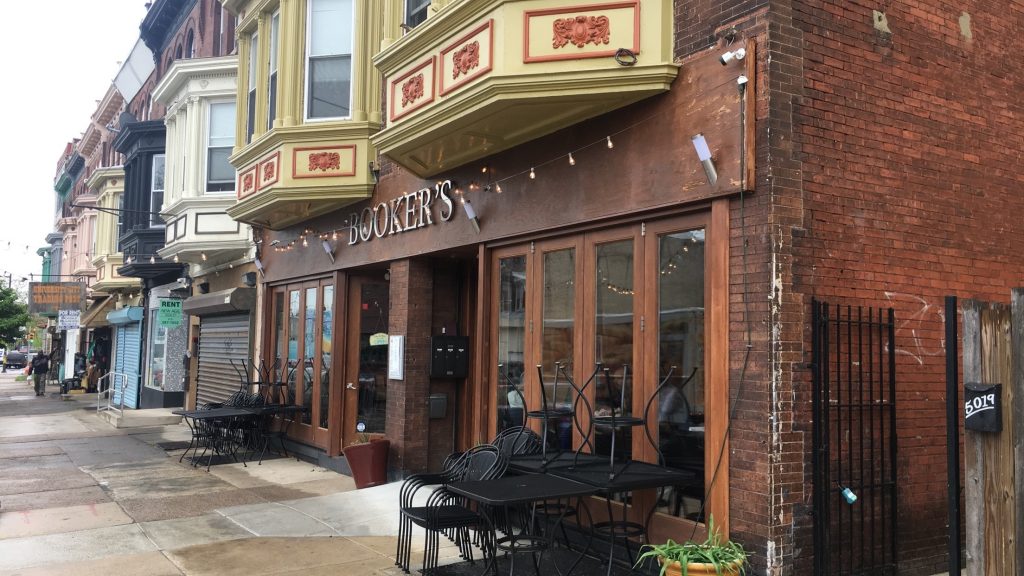 Of course my first inkling was to keep this joint a secret so it wouldn’t get too overcrowded for my visits but truth be told there is plenty of seating here.  Located in the heart of the emerging Baltimore Ave. corridor (around the corner from Dock Street Brewery), Booker’s pristine facade jumps out at you.   Inside the decor and ambiance is just as inviting. Upon arriving I had no real expectations of this place, however as we took a seat at the bar the bartender greeted us with a warm smile and a cocktail menu.  Truth be told these aren’t your run-of-the mill liquor and well gun cocktails.  This place actually takes the time to muddle, coat the glass rim, and garnish.  After some friendly banter, the barkeep then proceeded to give me the backstory to Booker’s.  The current owner Saba Tedla wanted to name the restaurant after her children but then learned about Booker Wright, an African American waiter that was killed in Mississippi back in 1965 after giving a candid interview in a documentary regarding the treatment of blacks.  Saba was so moved by his story that she named the restaurant after him.

As we continued to converse, I almost forgot to order, but the stiff drinks enhanced my hunger and soon my stomach began to rumble.  As I perused the soul food inspired menu, my eyes were immediately drawn to the Country Fried Chicken & Waffles. Made with hush puppy waffles, black pepper maple syrup and spinach.  I’ve had plenty of chicken & waffles in my day so the bar was set pretty high, even though it’s tough to mess up this 1-2 punch.

However, as soon as I received my order and took my first bite, I knew this article was going be drafted.  Although  I do want to keep little gems like this to myself at times, it was just too good to not share.  Unlike other chicken & waffle combos where chefs don’t really emphasizing the chicken, Booker’s seasons their chicken to perfection.  I could’ve honestly just ate the chicken and been a happy camper.  Combine that with hush puppy waffles, spinach and syrup.  All I have to say is that this ,  this place in general should definitely be on every foodie’s bucket list. It didn’t take long to find out that the curator of this menu was none other than Chef Michael Thomas.  If the name rings a bell it’s because he’s also behind highly popular restaurants such as Bar Ferdinand, Growler’s, Kraftwork, and Honey’s Sit ‘N Eat.

With a warm ambiance, friendly staff, fantastic drinks, and of course knock out food, Booker’s immediately made the list of my favorite restaurants in Philly.

Continue Reading
You may also like...
Related Topics:booker's, chicken & waffles

Take an Exclusive Tour Through Chinatown Square and See All of the Best Things to Eat and Drink!
The Official 2017 Burger Brawl & Taco Takedown Recap