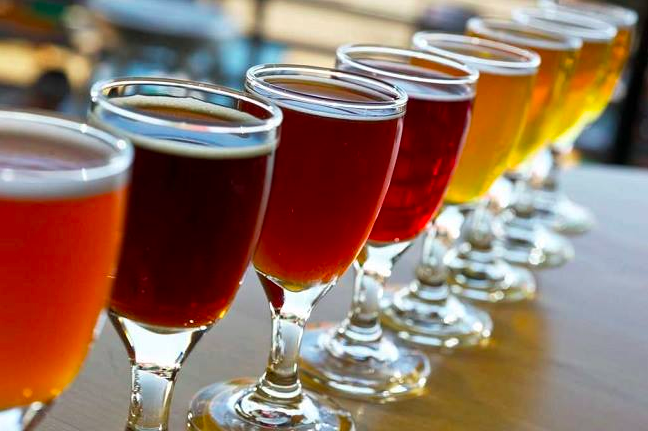 Sour beer lovers will pour into South Philadelphia’s Devil’s Den – one of Philadelphia’s premiere craft-beer bars – from August 12th to August 20th when beer maven and bar owner Erin Wallace hosts the 8th Annual Pucker Up! Sour Fest. Devil’s Den, one of Philly’s best beer bars, will provide patrons with the largest selection of sour and tart beers the city – or country – has to offer.

To launch the week, the entire draft tower at Devil’s Den (17 drafts) will be filled with funky sour beers on August 12th and 13th. Then, for the remainder of Sour Fest, eight lines will pour sour drafts exclusively, changing as frequently as they get tapped. The lineup will include over 50 new award-winning and/or rare finds.  Sour Fest beers include 21st Amendment Watermelon Funk, Free Will Impromptu Dance Party Vol 1, Levante Blueberry Brett Saison, Terrapin Watermelon Gose, Half Acre Switchblade Bikini, Jolly Pumpkin Bamarillo, & many more!

“We only had 14 sour beers during our first Sour Fest. This year we’ll have more than 60! It’s been awesome to watch the popularity of sour beers grow over the years. They’re not for everyone, but the people who like them, love them and we want to celebrate that,” Wallace said.

Along with a range of themed nights, Executive Chef Paul Trowbridge will prepare a la carte food specials all week to pair with the sour brews on draft.

Erin Wallace is a self-taught beer connoisseur, but has an extensive knowledge of local and imported craft beers and is noted as one of Philadelphia’s top craft beer bar owners. In 2010, Wallace was elected to the board of Philly Beer Week.