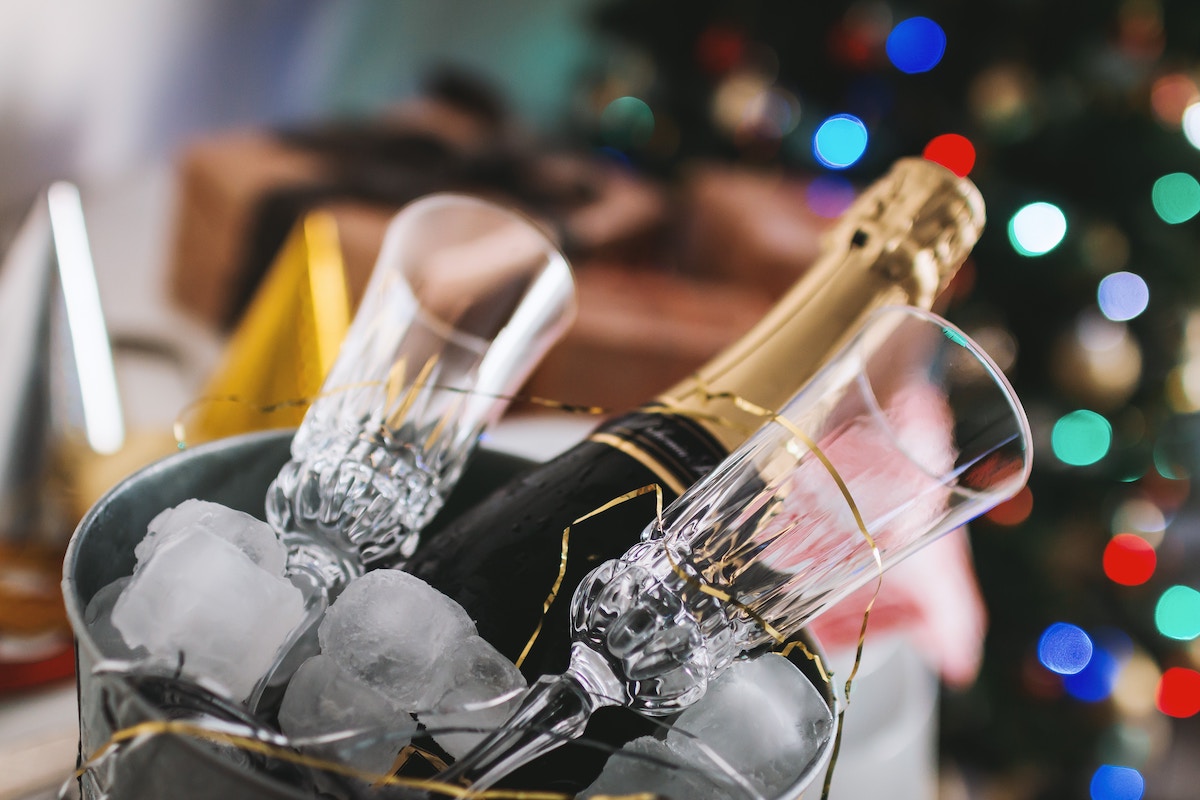 So you found yourself cuffed up in primetime cuffing season.  With the holidays smack dab in the middle of cuddle weather you may find yourself in an awkward situation.  For those currently in the window of the 1-3 month range, this one is for you. We already know that it’s a little much to bring a new flame around the fam during Thanksgiving and Christmas.  But what about New Years.  The night of traditional open bars and mayhem can be both a great time or a terrible decision when it comes to making it a date night.   Let us break down the Pros & Cons of making NYE a date night early in the game.

Going Out to A Club

A club atmosphere on NYE is a little different than a regular night.  It’s a more festive and a little easier to deal with.  More than likely you’re dealing with an open bar so you don’t have to worry about if your debit card is going to go through cause you’ve already taken care of the bill.  Also usually for NYE clubs book top tier talent.  Usually the best DJs in the area or they’ll dip into the budget and book A or B list talent.  This makes the date more like a concert type outing.

It’s costly.  If you’re balling on a budget, then going out may cripple your pockets.  You may want to shop for some open bar deals or pre-game at a local joint, watch the ball drop and then head to the club. PRO TIP: Clubs steeply reduce entry fees after midnight.  So you can still enjoy the main acts at half the price.

Editor’s Tip:  If you’re going to make it a club night with a new flame it may be best to get a group of friends together to take the pressure off a bit on both trying to make it a memorable evening as well as your budget.  Places usually have great group package deals especially for bottle service.

Pocket friendly, controlled environment, liquor is cheap and available (unlimited jungle juice) and usually enough grub to go around.  House parties are especially great for the 30 and over crowd that may feel out of touch with the music poppin’ in the clubs and just don’t have the energy to keep up. However, it’s also a safe bet for the early dating situations.  It saves you having to plan an extravagant night out.

Lack of energy and entertainment.  It’s mostly a bunch of folks scattered around the house that jockey for position around the TV come midnight.  If you’re on a date in this situation you got to be able to carry a conversation.  Often time you will be forced into small talk with people you barely know or complete strangers.  This is when shots really come in handy.

Editor’s Tip: If you’re doing a house party have plans lined up for afterwards.  It doesn’t have to be a club, it can be an activity or a lounge.  New Year’s is about energy.   You want to be around some excite and energy so be creative and make it memorable.

Editor’s Tip For an Ideal Night Out for Newbie Couples

If you guys have mutual friends make it a group night out.  However, if it’s going to be a one on one thing make sure you’re not winging it.  New Year’s Eve is the worst night to wing anything.  Everything is ticketed and you will get abused at the door.

Plenty of restaurants are offering great 4 course deals NYE. Take initiative and secure a reservation at a restaurant you both haven’t been to.  There will be more to talk about.

It will be worth braving the element to watch the fireworks. I mean who don’t like fireworks? Find a spot that you’ll be able to view them, maybe have mini champagne bottles on you for your own toasts.

You’ll probably be dressed to the 9’s or have your Sunday best.  Go somewhere and enjoy yourself while you both are looking snazzy.  Maybe a bowling alley, a pool hall, a hookah lounge.  Whatever just feel like a boss when you’re out there and have fun.  At this point it will be after midnight so you won’t have to get your credit ran when getting through the door.