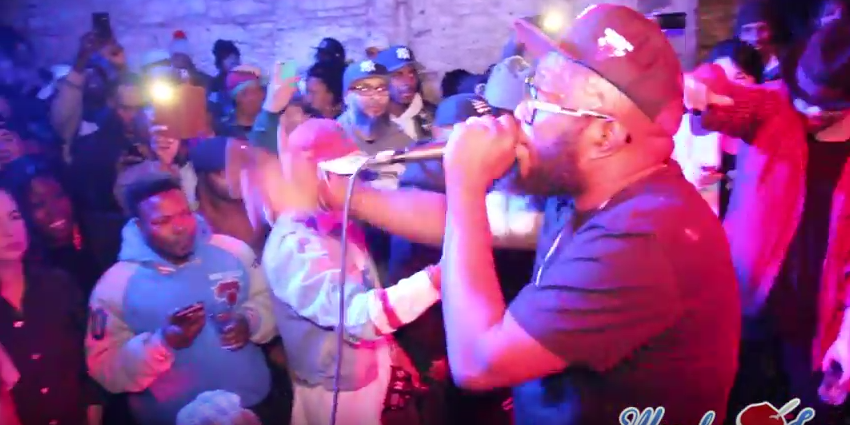 When you think of dynamic duos in terms of rapper/producer in hip hop many immediately think DMX  & Swizz Beats, The Clips & The Neptunes, Kanye & Jigga, Freeway & Just Blaze…wait….Freeway and Just Blaze? Yes, that’s right.  Many have either never realized or just weren’t paying attention to the chemistry these two have had over the years.  Smash hits such as Roc the Mic, What We Do and Flipside have all become not only Philly anthems but certified club bangers.

So when super producer Just Blaze was orchestrating his bday bash in NYC he made sure that Philly’s own Freeway was in the building.  Just Blaze’s bday festivities took place January 11th, 2016 at NYC’s The Bowery Electric.  However, Free wasn’t the only Philly legend in the building.  The Root’s Quest Love was also in attendance and lent his talents to both the drums and turntables.  Among the hits this trio performed together included a Roc the Mic rendition with the original sample laying the backdrop.

As if this line-up in itself wasn’t dope in itself, New York icons Smif-N-Wessun of the Boot Camp Clik also performed a few of their signature hits from rap’s golden era.  To add to the hip hop nostalgia permeating through the air rapper Saigon made a quick cameo in which he brought out hip hop’s Godfather DJ Kool Herc who was lurking in the shadows.  Hard to comprehend just how historic that night was? Well check out both the recap and extended recap of this epic night.