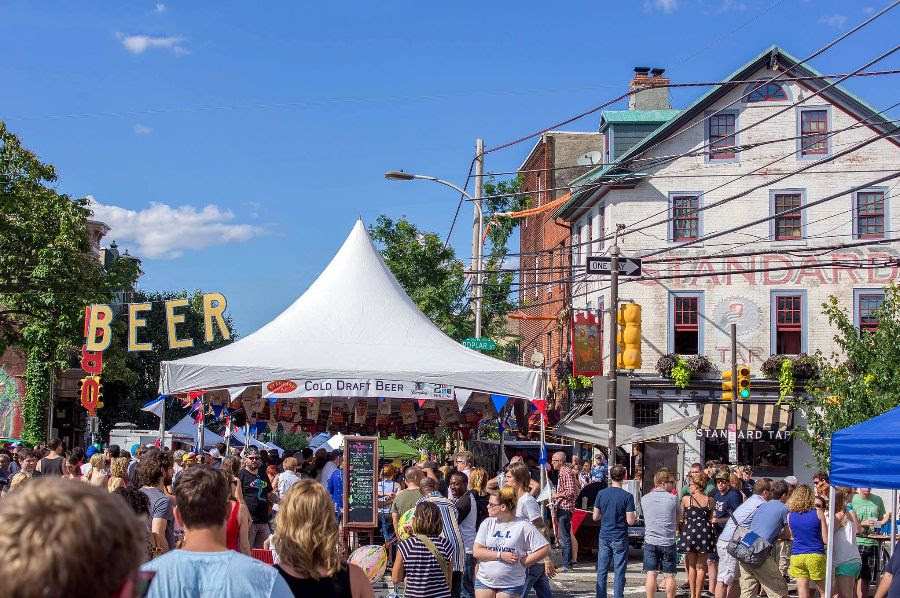 On Sunday August 4, 2019, the 2nd St. Festival will take over six blocks of 2nd Street between Germantown and Green streets in Northern Liberties. This all-day, FREE celebration of the community and businesses on 2nd Street has over 150 vendors including: handmade crafts, food vendors, beer gardens, three music stages, a street performance space, kids programs, green initiatives, and features a diverse local musical lineup. Art Star Pop Up Market will be taking place again this year on Fairmount and Green Streets. This year marks the 11 year Anniversary of the festival.

“The festival is a chance for our neighborhood to show off the diversity and vibrancy of Northern Liberties. We throw a huge party, and everyone’s invited.”

Reed is a founding sponsor, along with Oron Daskal of North Bowl, and Owen Kamihira of El Camino Real. Their restaurants, along with a host of others in the heart of Northern Liberties, provide the festival with plenty of food, fun times, and live entertainment. Thirsty festival-goers can also cool off in the Maker’s Mark lounge located in the North Bowl courtyard.

Stages at Brown Street, Germantown Ave, and the newly opened Pod Park will offer non-stop entertainment with performances by You Do You, Dirty Soap,Peace And The City Grease, and Stella Ruze, to name a few. The festival’s closing headliner will be announced late-July, along with the full line up!

2nd Street Festival welcomes families and attendees of all ages to this all day event! Kids activities and workshops will help keep your little ones engaged! New for this year is a skateboard pop up park courtesy of Skate The Foundry.
Festival Executive Director Meredith Williams says:
“The festival celebrates the community that hosts the festival, Northern Liberties. Funds from the festival go to support the efforts of the NLNA to help create a clean and safe community with the neighbors that live there. The festival also contributed to the creation of the Northern Liberties BID. Now that the organization is up and running, the funds will go toward hosting the monthly 2nd Saturday’s. These regular celebrations highlight the businesses in the neighborhood, as well as the artists and performers that call this area home with special pop-up music acts, circus performers and sidewalk art installations, to name a few of the special features.”

Genny The Hippo is Turning 19 and You’re Invited to Her Birthday Bash at Adventure Aquarium!
5 Reasons Why You Need to Be at the Bastille Day Block Party July 13th!