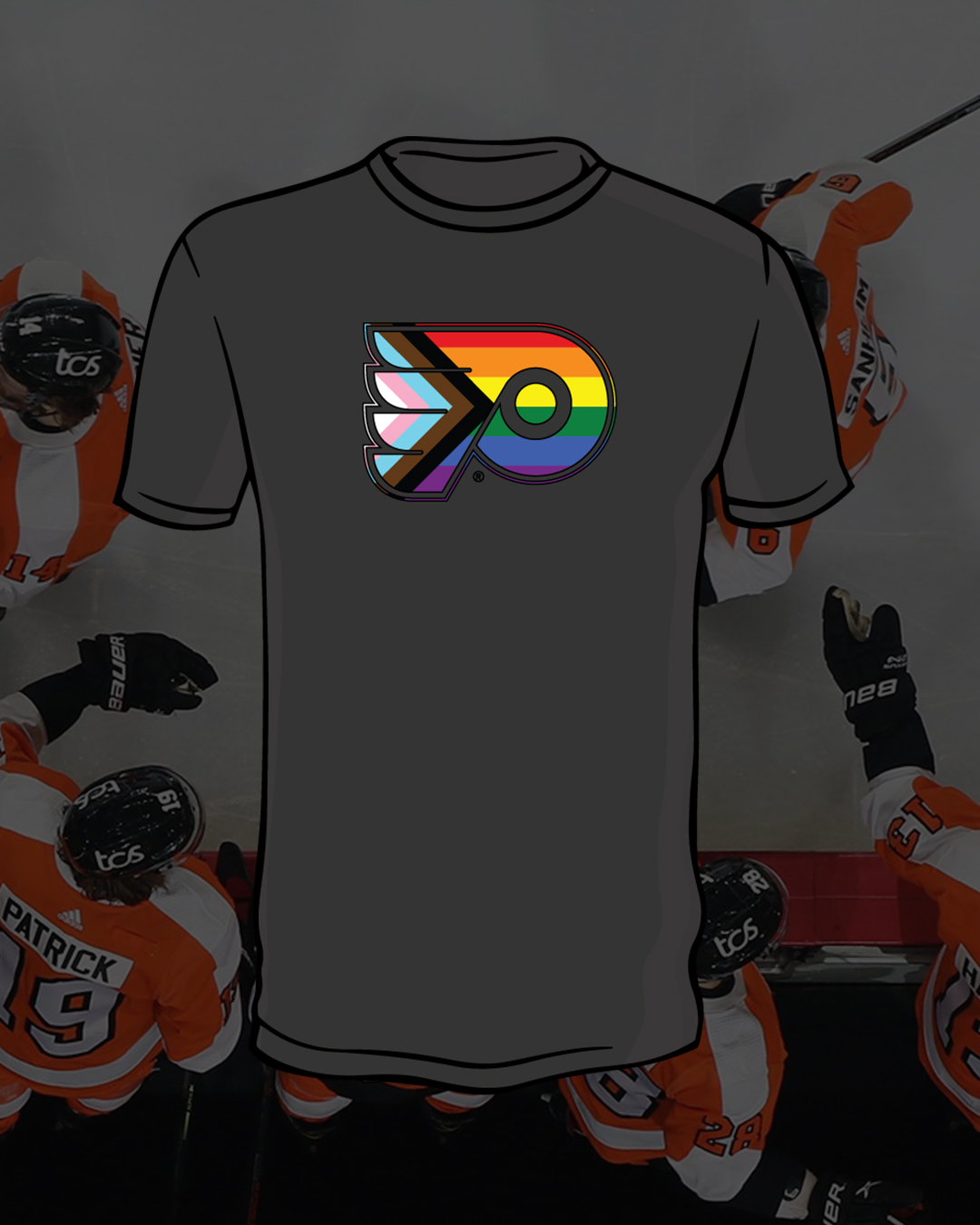 The Philadelphia Flyers announced today that they will host their annual Pride Night celebration on Monday, May 3 at 7 p.m. during their home game against the Pittsburgh Penguins. This celebratory night aims to promote inclusivity in hockey and support the LGBTQ+ community.

As fans enter Wells Fargo Center on Pride Night, they will be greeted with a vibrantly decorated arena, featuring the iconic rainbow hues representing the LGBTQ+ community at every turn. The team’s Pride Night celebration will also include special moments of recognition, including a donation by Flyers Charities to the William Way LGBTQ Community Center.

Flyers players will use warm-up sticks wrapped in rainbow pride tape prior to puck drop — select players’ sticks will be auctioned off here. Players will also sport t-shirts featuring the team’s Pride logo pregame and postgame.

Earlier this season, the Flyers new, in-house content shop, On The Fly Productions,announced the launch of New Heights, a video series designed to shine a light on the many facets of Philadelphia’s hockey community by sharing the stories of people who play, coach, and love the game. The latest episode of the series, which will debut on Monday, focuses on LGBTQ+ Philadelphians who help define our region’s hockey community. Flyers players James Van Riemsdyk and Scott Laughton are featured in the piece and discuss the importance of allyship and their personal connections to the LGBTQ+ community.

As part of the in-game programming on May 3, the Flyers will play portions of the latest New Heights episode and recognize the video’s subjects, Matt Gaffney, Nora Cothren and Sue Gildea, who will be in attendance and recognized during Monday night’s game.

Kayak & Paddle Excursions are Back at Independence Seaport Museum!
Bring Your Four Legged Friend Out to “Yappy Hour” at Morgan’s Pier’s Every First Monday