Old City Eats is Kicking Off the 2019 Season With a Huge Block Party With Over 50 Restaurants! - Wooder Ice 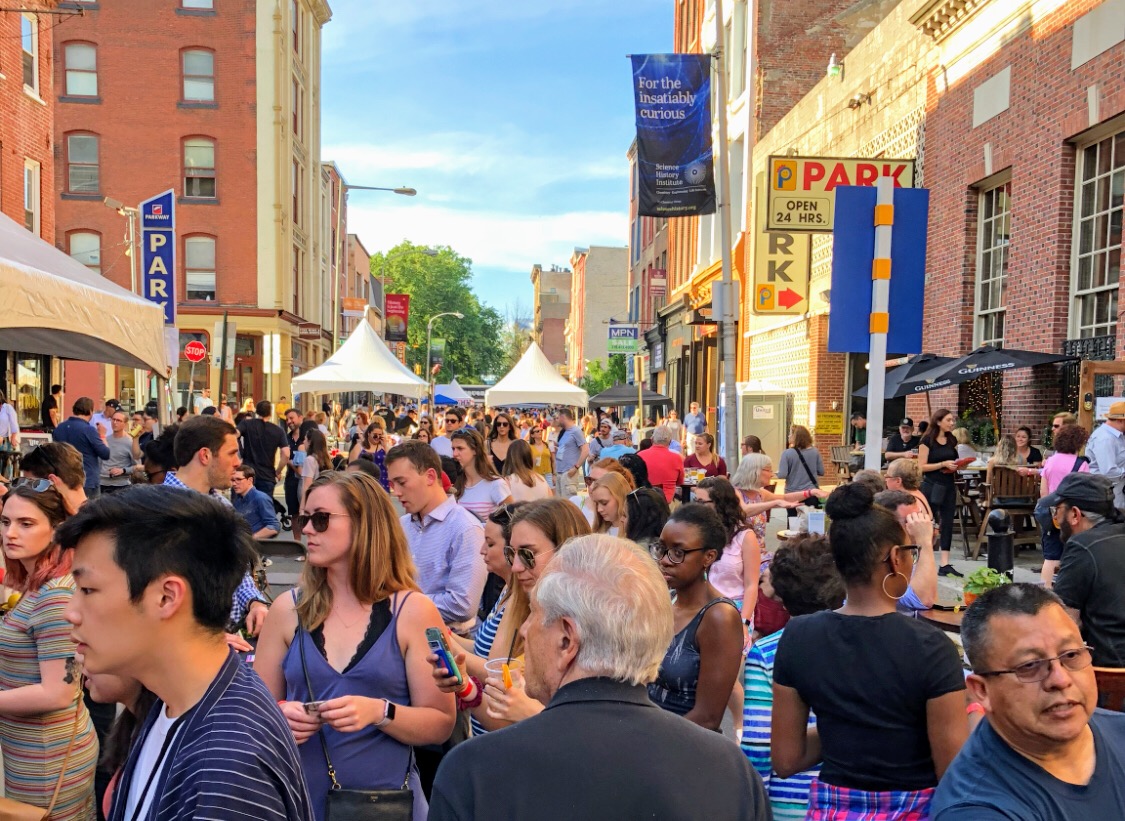 Old City Eats is Kicking Off the 2019 Season With a Huge Block Party With Over 50 Restaurants!

Old City Eats is Kicking Off the 2019 Season With a Huge Block Party With Over 50 Restaurants!

Stroll 2nd Street and enjoy live music as Old City showcases the wide variety of styles and flavors while highlighting some of the neighborhood’s best food and drinks! Enjoy Irish tunes at the Plough & the Stars, and DJ Decybals joined by dancers from AlgoRhythm Studio at Cuba Libre Restaurant & Rum Bar. Plus, Nauti Mermaid Crab House + Piano Bar will bring dueling pianos for some lively and interactive sing-a-longs. Old City Eats participants will also offer food and drink specials at their respective locations.

After next week’s kick-off party, Old City Eats will run every Thursday through August 29, 2019, from 5:00pm to 8:00pm. More than 50 participating restaurants and bars will offer at least one half-priced small plate and discounted cocktails and beers featuring Bacardi, Powers Irish Whiskey, and Miller High Life. The full list of participating restaurants, along with their menus, is found at oldcitydistrict.org/oldcityeats.  Old City Eats is sponsored in 2019 by AARP, Bacardi, Miller High Life, Parkway and Yelp.

“Our focus for Old City Eats is spotlighting the neighborhood’s impressive and evolving list of dining options,” said Old City District Executive Director Job Itzkowitz. “With more than 40 restaurants and bars participating, there’s something to appeal to every palette, including Italian, Cuban, French, Mexican, Peruvian, British and other global cuisines. We have as diverse of a culinary scene as anywhere in the city! Whether you visit an old favorite or experience something new, Old City Eats will take you on a culinary journey that will last all summer long.”

Offerings are designed to appeal to neighborhood locals, people looking to enjoy sips with their co-workers, and tourists exploring America’s most historic square mile.

SugarHouse Casino is Rebranding to Rivers Casino Philadelphia and Undergoing a $15 Million Makeover
The Schuylkill Banks is Hosting a Series of Moonlight Kayak Tours in Philly!