Not Just for Hipsters Anymore: Barcade is Opening a Second Location in Center City! - Wooder Ice 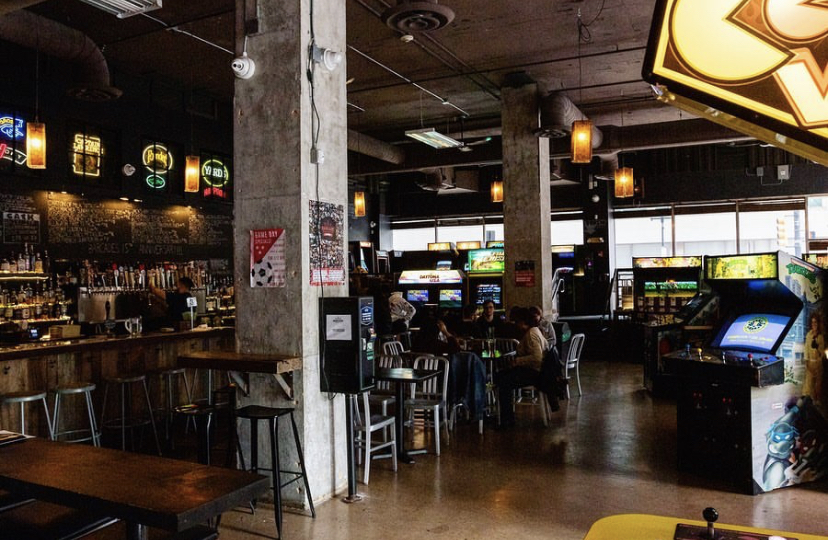 Not Just for Hipsters Anymore: Barcade is Opening a Second Location in Center City!

Not Just for Hipsters Anymore: Barcade is Opening a Second Location in Center City!

For a minute it seemed like Fishtown was getting all the cool bars you have Frankford Hall, Garage and of course Barcade while more formal restaurants and lounges were popping up in Center City. However, it looks like some of that fun is coming downtown as Barcade is set to open a second location at 1210 Chestnut St.

If you’re not familiar with Barcade, the name says it all. It features classic throwback games as if you walked into an arcade at the mall when you were a kid.  Throw in a bar and some food and you have a recipe for a great time full of nostalgia.

The new location is next to Porta and will feature a fuller menu than its Fishtown counterpart as well as a private room.  Barcade which originated from the hipster Mecca of Williamsburg, Brooklyn back in 2004, has since spread to over 8 locations.

The owners are looking to cash in on the happy hour crowd and a destination dates and groups to just hang out in Center City.  The Barcade Center City location is set to open in the fall.  We will keep you posted as new details are released.

Kimpton in Philly Created a Pop-Up Love Letter Desk to Pen That Special Someone!
The Free Library of Philadelphia is Saying Goodbye to Overdue Fees!