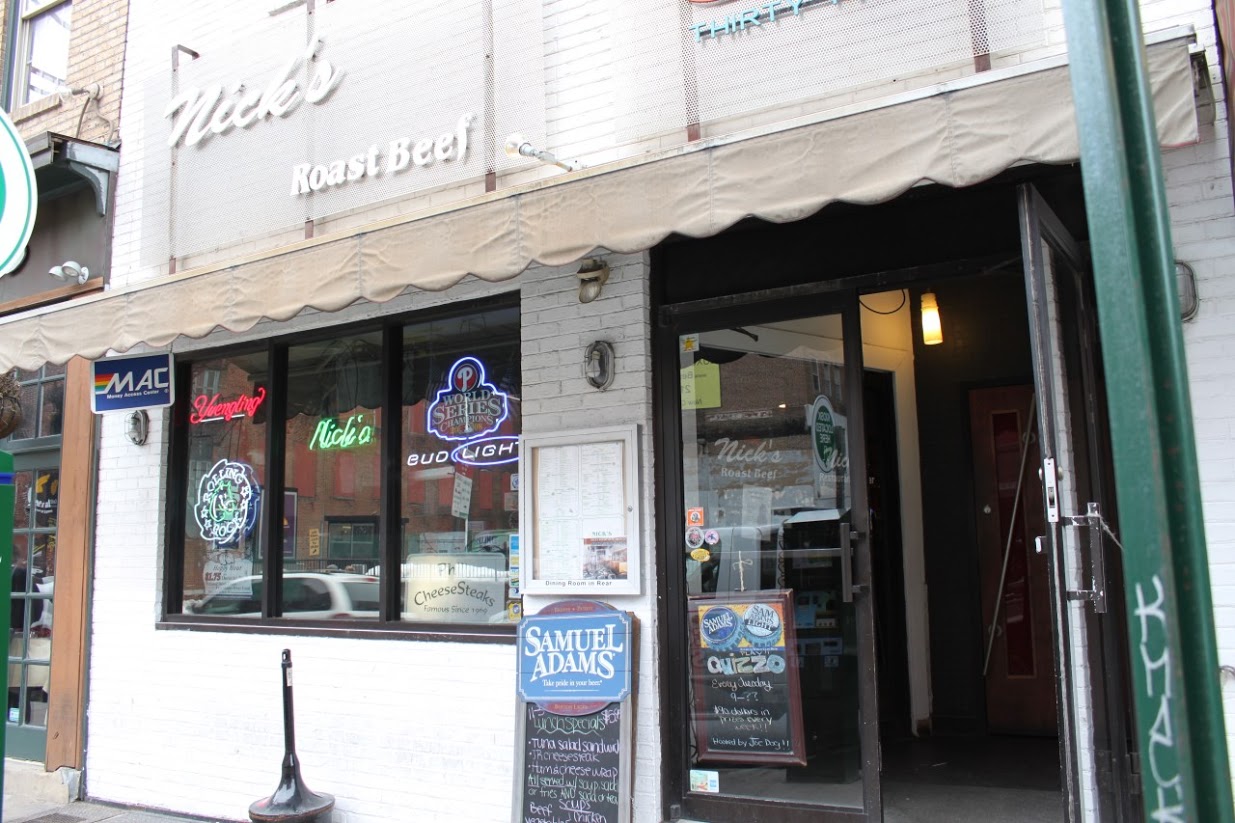 An Old City staple is sending their name up in flames. As of March 31, 2016, Nick’s Roast Beef at 16 S. 2nd Street will be known as Nick’s Bar and Grille. The new name will debut to coincide with the addition of a new barbecue menu using house-smoked meats. New cocktails and spirits will be added to the drink menu, and customers can look for drink tastings with local purveyors. Along with the new name and menu, customers can enjoy changes in the dining room with new custom-built tables, a group table, new high-tops, renovations to the walls and ceilings, and new decor.

“As we enter our fourth year as owners, we wanted to showcase a new direction on the menu and set ourselves apart from other Nick’s around the city,” said owner Joseph “Joey Dog” Schultice. “We have been testing new dishes over the last year and talking to our Old City regulars. After the success of our #1 Zagat ground bacon burger, plus other specials, we wanted to keep pushing ourselves and expand the menu. We will still have your Nick’s long-time favorites, plus we hope everyone will find a new favorite on the BBQ menu.”

Joey Dog, along with his fiancee Nicole Viechnicki, have already secured the smoker and been developing the new dishes with their kitchen team. New barbecue dishes will preview on Fridays leading up to the March 31, 2016 roll-out. Dishes will be made in small-batches on Friday nights when “Old City regulars” can come give them a try. They are first come, first serve. In early March, the dining room will be renovated to include custom-designed tables and whiskey barrel high-tops, a new community tasting table, old-time Old City imagery on the walls, and embellishments to the walls and ceilings.

New dishes will include smoked applewood chicken wings, St. Louis BBQ spare ribs, pulled pork with jalapeno slaw, pulled pork sweet potatoes, a 7-layer “Jar-BQ” parfait, mac ‘n cheese, house-made sauces, and more. Along with the new dishes, look for whiskey and spirits to accompany the menu.Nick’s long-time dishes that will remain on the menu include the Ground Bacon Burger, Roast Beef and Pork, six flavors of chicken wings and other bar favorites.

Continue Reading
You may also like...
Related Topics:nick's, old city

SShhhhhh! Revolution Taco Has a Secret Off-the-Menu Burger
Pack Your Lunch! There’s Going Will be a Pop-Up Picnic in Center City