New Wu-Tang Clan Album Once Upon a Time in Shaolin Can't Be Commercially Released for 88 Years! - Wooder Ice 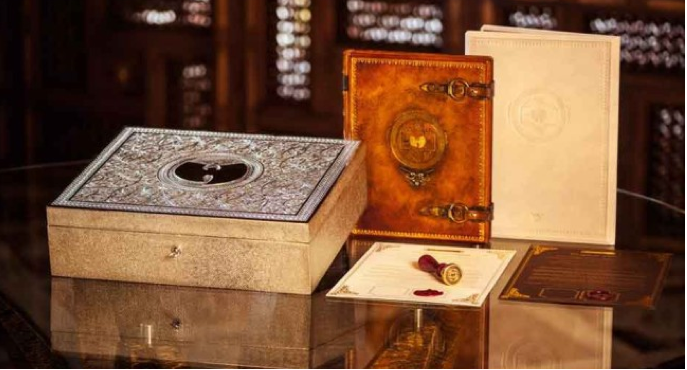 If you had your ear to the hip hop streets then you most likely heard about  the Wu-Tang Clan album Once Upon a Time in Shaolin.  If not, essentially the legendary hip hop group created an album that will have only one owner.

You read that correctly they created a one-off just like an artist creating a single painting or as RZA described it, “When you buy a painting or a sculpture, you’re buying that piece rather than the right to replicate it. Owning a Picasso doesn’t mean you can sell prints or reproductions, but that you’re the sole owner of a unique original. And that’s what Once Upon A Time In Shaolin is. It’s a unique original rather than a master copy of an album.” Producer Cilvaringz added, “we felt that retail commercialization and mass replication would dilute the status of the album as a one-off work of art and compromise the integrity of our statement.”

The album has been officially put up for auction at Paddle8 which has a rich history of selling unique and expensive work.  The winner of the auction will get the one-of-a-kind album but is forbidden to copy or release it for commercial use.  This ban lasts for 88 years! The purchaser can however tour with the album and conduct listening parties.

So what exactly comes with Once Upon a Time in Shaolin aside from music? Well the 31 track copy will be stored in a silver and nickel plated box and jewel case and will include deluxe liner notes in a 174 page leather wrapped binder as well as special artistic touches from none other than Yahya. In case you were wondering, all backup copies have been destroyed.

Continue Reading
You may also like...
Related Topics:hip hop, lifestyle, music, once upon a time in shaolin, wu tang

Monday Hangover? Here Are 7 Meals That Could Cure Your Hangover
Now There’s a Spray That Makes Your Phone Waterproof!