Milkboy is Throwing a Block Party to Celebrate Their 25 Year Anniversary! - Wooder Ice 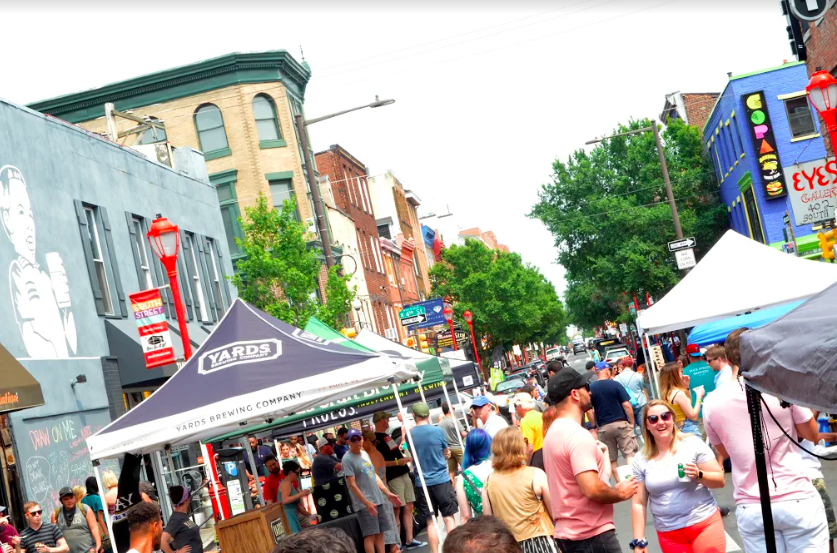 Milkboy is Throwing a Block Party to Celebrate Their 25 Year Anniversary!

Milkboy is Throwing a Block Party to Celebrate Their 25 Year Anniversary!

MilkBoy, the Philadelphia-born brand encompassing live-music venues, bars, restaurants, and a recording studio, will celebrate its 25th anniversary with weekend-long programming, including “Return of the Spins”, a listening party of songs produced at MilkBoy The Studio on Thursday, September 26 from 6-8 pm, an extensive block party on Saturday, September 28 from 12-8 pm, and the monthly drag brunch series, “Milk & Cookies”, on Sunday, September 29 from 11 am – 4 pm.

Additionally, and just in time for the 25-year-celebrations, MilkBoy-fans now have the chance to purchase MilkBoy merchandise, including shirts, hats, hoodies, bags, and more, from MilkBoy’s new online store. With over 50+ products available, the line offers something for everyone. To kick-off the launch of the line, MilkBoy representatives will be handing out discount codes at all anniversary-related events.

“The block party is the perfect opportunity to say goodbye to summer,” said Jamie Lokoff, Partner at MilkBoy. “We can’t wait to close down the block and to celebrate with friends and supporters while passing out a little thank you for 25 years in the form of discount codes for our new merch line.”

Moreover, MilkBoy South Street invites MilkBoy-enthusiasts and music lovers alike to Return of the Spins to sip on a cold brew while listening to songs produced at MilkBoy The Studio on Thursday, September 26 from 6-8 pm. The most famous songs produced in the MilkBoy Studio include Justin Timberlake’s Cry Me A River, Kayne West’s Flashing Lights and Lana Del Rey’s Born to Die. Other artists who have worked with MilkBoy since 1994 include James Taylor, Florence + The Machine, Meek Mill, Lil Wayne, and Miley Cyrus.

“We’re thrilled to host a listening party to bring back our favorite spins,” said Founder Tommy Joyner. “It’s a fun way to celebrate our anniversary while paying homage to all artists who trusted in MilkBoy and recorded their songs at our studio.”

Other news from MilkBoy: