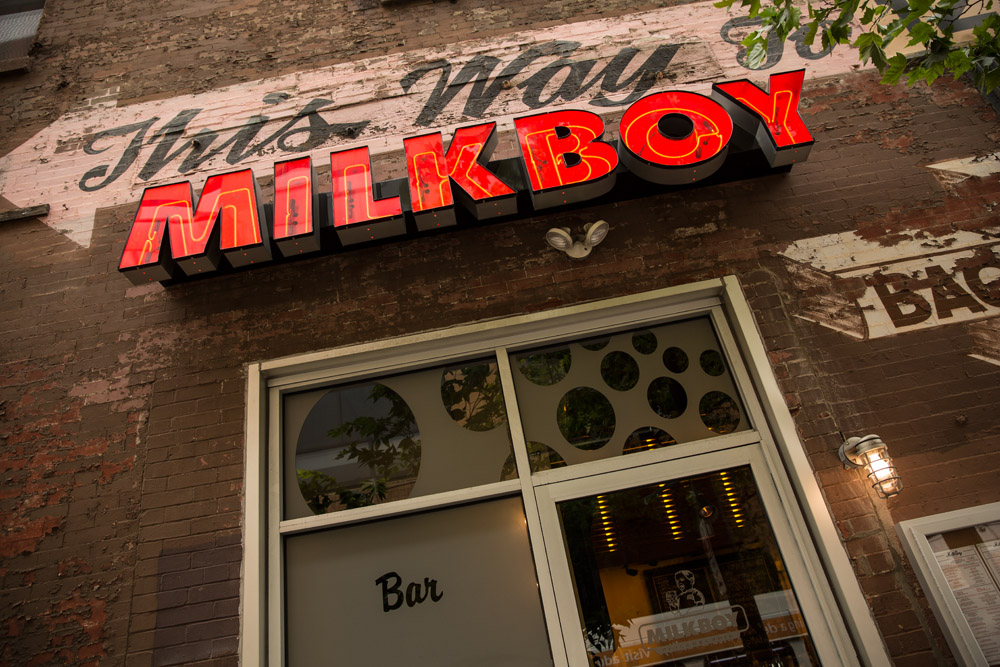 MilkBoy, America’s only entity including a bar, recording studio and live music venues, is excited to announce its first-ever participation in Philly Beer Week (Philly Loves Beer) with three fun and diverse events.

Additionally, MilkBoy on 11th and Chestnut will present a Tröegs Independent Brewing Event featuring local heroes Jimmy Scantron of Low Cut Connie on Tuesday, June 4, from 7 pm to 12 am. The event includes guest performances by Nalani & Sarina and Taylor Lenahan at the upstairs concert venue at MilkBoy Chestnut and never before tasted releases of the newest Tröegs beers along with giveaways and fun prizes. Tickets for this event can be found here.

“Philadelphia is built on iconic duos: Hall and Oates, Joel and Ben, the Fanatic and Gritty, and now MilkBoy and Philly Beer Week. It’s been a team years in the making and on June 1st we are kicking off Philly Beer Week with a block party on the iconic 400 block of South Street,” says Chris Beyer, Director of Operations at Milkboy. “The party keeps rolling all week with Brewery Sponsored concerts upstairs at Chestnut Street and promos at South. One show I’m particularly excited about is Tuesday, June 4, where Troegs will be the spotlight brewery. Moreover, we are very proud to cap off PBW on Chestnut Street with the only LGBTQ Philly Beer Week event. This is going to be a Philly Beer Week that people won’t forget and we’re more than thrilled to finally be a part of it.”