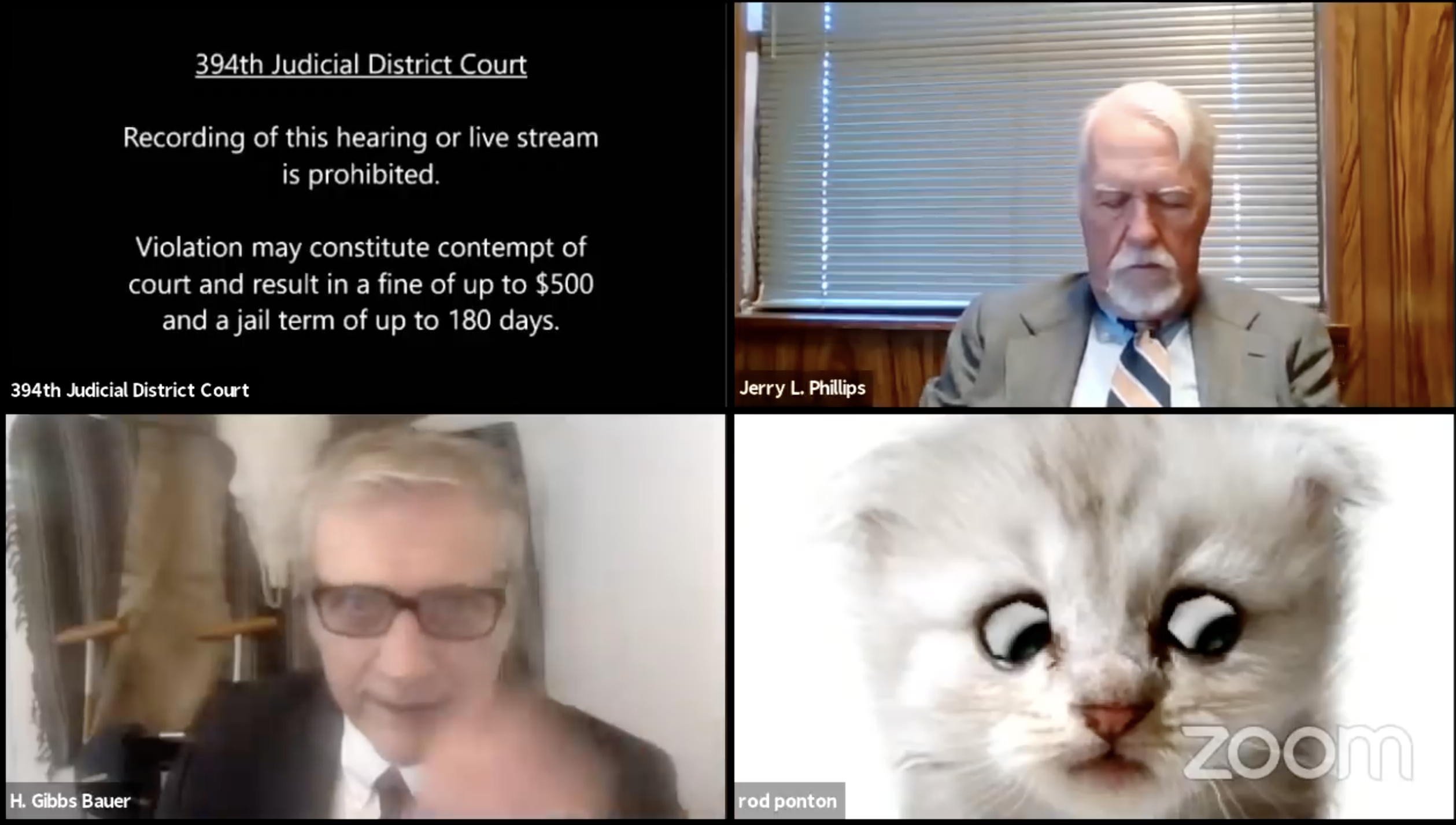 A lawyer in Presidio County, Texas may be charged with purr-jury after attending a Zoom meeting for a civil forfeiture case but forgot to turn off his cat filter.

County attorney Rod Ponton experienced this hilarious technical difficulty as Judge Roy Ferguson presided. The judge was quick to point out the the filter while Ponton and his assistant tried their best to remove it.  At one point Ponton stated that he was willing to do his best Zoobilee Zoo impression and move forward with the case and also reaffirming that he was not a cat but indeed a person live on Zoom.  The other lawyer Jerry L. Phillips was unfazed while Judge Ferguson answered , “I can see that.”

In an interview with the New York Times, Ponton weighed in on his internet fame saying, “If I can make the country chuckle for a moment in these difficult times they’re going through, I’m happy to let them do that at my expense.”