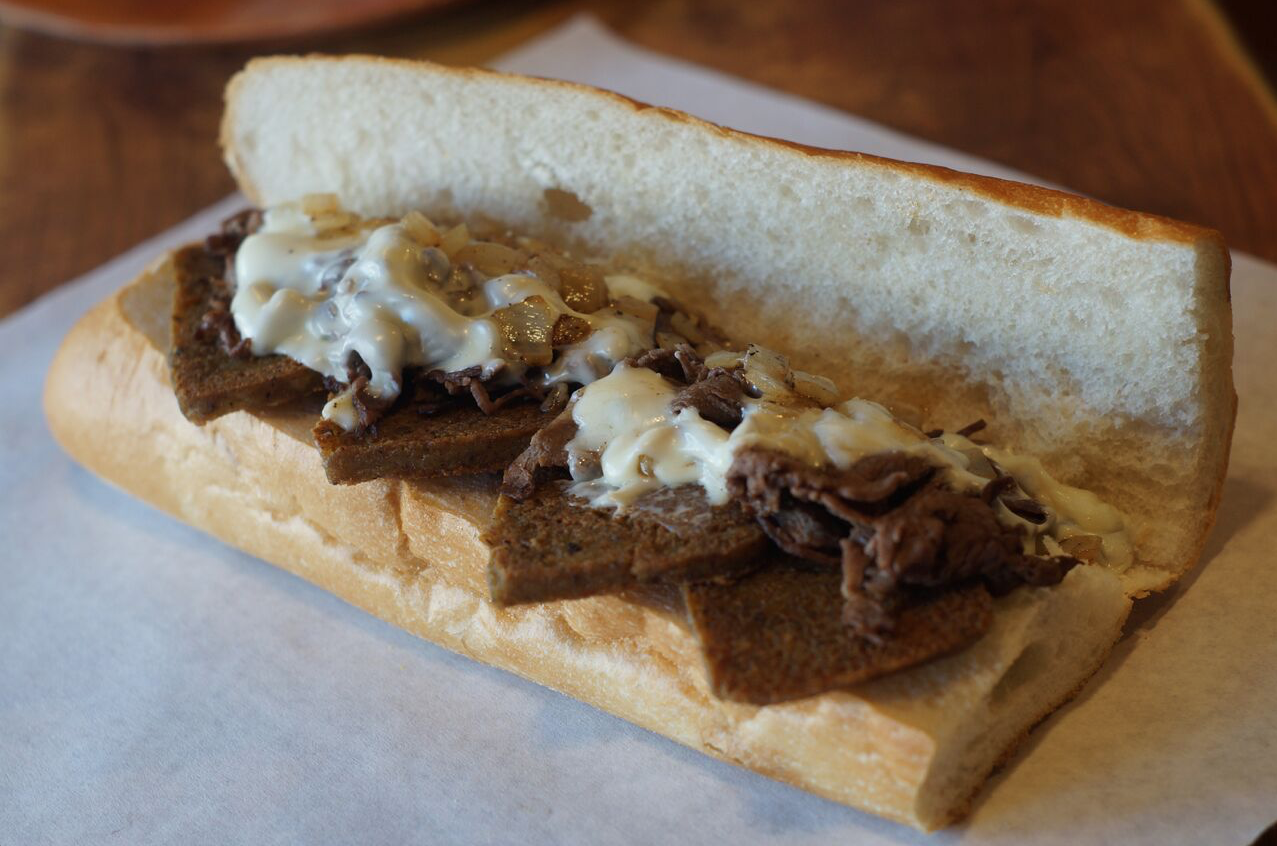 Joe’s Steaks + Soda Shop (formerly Chink’s Steaks) has been serving one of the best cheesesteaks in Philadelphia on Torresdale Avenue for almost seven decades. It all began in 1949 when original owner, Samuel “Chink” Sherman, opened a quaint mom-and-pop steak shop in Northeast Philly. With a humble beginning, serving only steak sandwiches with or without onions, popularity grew, securing their place among Philadelphia’s top cheesesteak destinations.

It was here, in 1980, where owner Joe Groh began his career at age 17, humbly cutting meat and peeling onions in the basement. In 1999, after 19 years behind the grill, Groh purchased the business from the Sherman family. In April of 2013, after 33 years heading the restaurant, he changed the name to Joe’s Steaks + Soda Shop. He expanded the business to include additional offerings such as vegan cheesesteaks and a second location in Fishtown in 2015. In celebration of the upcoming Septuagennial (70 year anniversary) the cheesesteak shop is paying homage to other iconic Philadelphia foods by offering a rotating monthly menu of specialty items leading up to the May 2019 anniversary.

This month Joe’s will be serving up scrapple cheesestaks in honor of the local delicacy.  National Scrapple day was November 9th, but the special steaks will be served every Tuesday until the end of the month at both locations on a limited, while supplies last basis, meanwhile the milkshakes will be available all month-long.  Check out the list of upcoming special Philly inspired menu items below!

Butterscotch Krimpet Milkshake made with Tastykakes ($6.50)

THE BOURSE FOOD HALL ANNOUNCES GRAND OPENING CELEBRATION WITH TWO-DAY BONANZA
Gosh! The Cast of Napoleon Dynamite is Coming to Philly for a Screening and Q & A