Jeremy Maclin Will Be a Honorary Captain For Eagles vs Jets! Check Out The Heart Felt Letter He Wrote to Eagles Fans - Wooder Ice 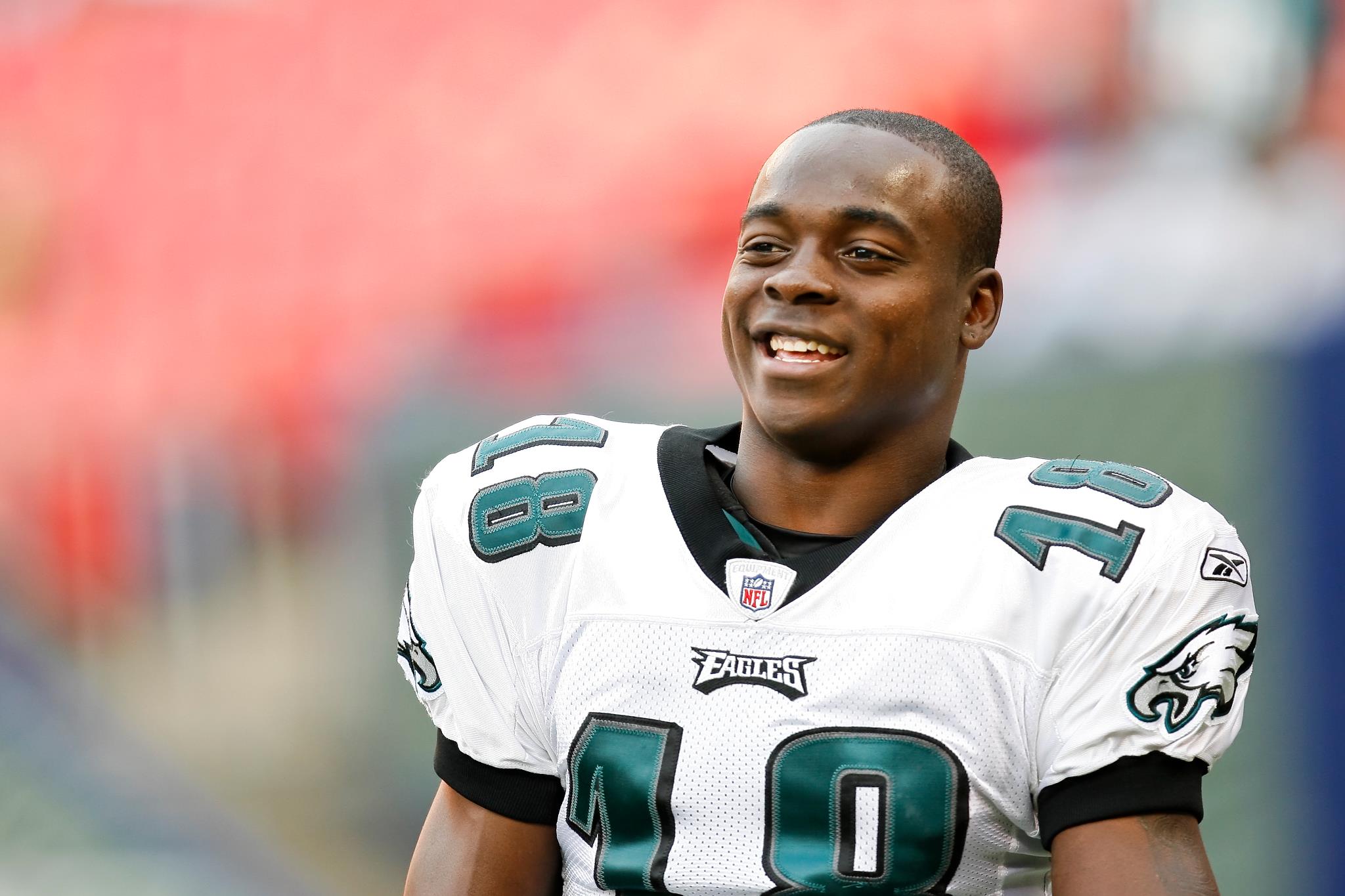 Jeremy Maclin Will Be a Honorary Captain For Eagles vs Jets! Check Out The Heart Felt Letter He Wrote to Eagles Fans

Jeremy Maclin Will Be a Honorary Captain For Eagles vs Jets! Check Out The Heart Felt Letter He Wrote to Eagles Fans

It’s been five years since Jeremy Maclin stoped wearing midnight green.  Once a team favorite for his performance on the field and class act behavior off of it, it was a tough blow for Eagles fans but even tougher for Jeremy.  Although, he went on to play for Big Red (Andy Reid) it just wasn’t the same.  He missed the roar of the Linc and the city that made him into a man.

We’d all love to forget that Chip Kelly Era.  However, that dark time inadvertently  gave way to the great times of us winning a Super Bowl.  Now on the verge of the Eagles vs Jets game, Jeff Laurie and Howie, and Doug are giving Jeremey one more chance to hear the Linc rock and cheer for him.  Jeremy Maclin will serve as honorary captain for the Eagles vs. Jets game Sunday.

In anticipation, Jeremy wrote a lengthy heart felt letter to the city of Philadelphia and its fans that was posted on the official Philadelphia Eagles site.  Check it out below:

For starters, I still love the game of football. It’s just unfortunate that I couldn’t go out the way that I wanted to, but I’m not able to play at the level that I’m accustomed to because of my chronic hamstring injury. But that’s what I signed up for when I decided to play this game for a living.

The other reason is that it’s Philly. Philly just gives you that feeling. It’s going to be the first time I’m back at Lincoln Financial Field since I left, and that place is special. It holds a special place in my heart and always will.

What sets Eagles fans apart from others around the NFL is their passion. I was blessed. I had a chance to play for the Eagles in Philly. I had a chance to play for the Chiefs in Kansas City, and then the Ravens in Baltimore. All three fan bases are so passionate when it comes to football. That’s the reputation they have in the National Football League. I was blessed to play for all three of them, but there’s something about Philly that just gives you that little extra edge. I think it’s because the passion runs just a little bit deeper here.

Gameday at the Linc was awesome. To hear the Rocky music come on before kickoff and to hear everybody up on their feet and to hear them let you know that you’re playing well or not playing well, it gives you that feeling of, ‘Hey, this is what I’m supposed to do.’ They’re going to let you know and I can respect that. I think all the fans want is for their team to be successful and they want to see some good football. You respect that out of a city, out of an organization. That’s one of the joys about playing in Philadelphia.

I enjoyed my six years here. It was definitely an honor to wear the midnight green and be an Eagle and be part of such a prestigious, historic organization. Still to this day, I ask myself, did I make the right decision by leaving as a free agent in 2015? And who knows? I don’t have any regrets, but leaving Philadelphia wasn’t easy. A lot of tears were shed.

You always have highs and lows in this game. But the good thing is you’re always going to be tested and you always have a chance to battle through adversity. I felt like I did that through and through here. That’s the good thing about the game of football. You never know when your day comes. And when it does come, you’ve got to be on top of it.

I think I showed that. I think I definitely proved that I was always going to be a fighter despite what was going on around me. I was able to be a really, really reliable receiver for the Philadelphia Eagles for a long time.

The Philadelphia Union and Apple Leisure Group Teamed-up So You Can Now Vacation With the Players!
What You Need to Know About The New Esports Philadelphia Fusion Arena