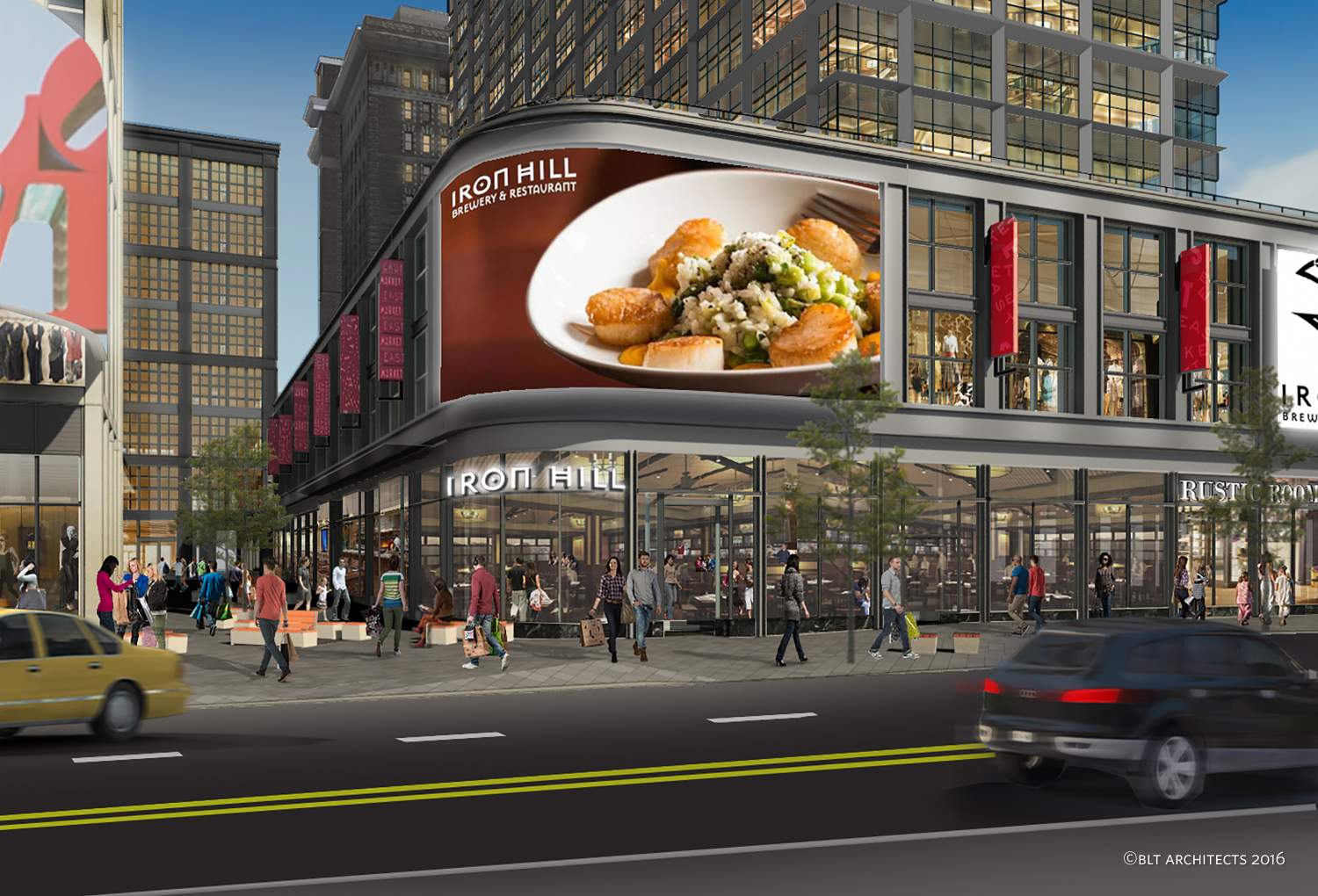 The addition of Iron Hill to East Market will bring one of the most enduringly successful craft brewers in the United States just steps from the Pennsylvania Convention Center and Reading Terminal Market.  It will also serve as one of only a handful of full-scale breweries within the city limits of Philadelphia.

“We’ve long wanted to join Center City’s exciting and diverse restaurant scene, but we wanted to be part of something from the ground up,” said Iron Hill Brewery & Restaurant President and Founder Kevin Finn. “There has been tremendous population growth as places like East Market draw new residents to Center City. We take great pride in embracing the communities we serve, and that is especially true in Philadelphia. We look forward to opening our doors and raising a pint with our new neighbors and friends in spring 2018.”

To create the comfortable dining areas, open kitchen and exposed microbrewery that have become the hallmarks of Iron Hill, it has enlisted Street Sense, a design firm with offices in Bethesda, MD and Washington, DC. Street Sense has created a vibrant, sleek design allowing for all-access views of the brewery, which is highly visible behind the bar and enclosed in glass.

Iron Hill Brewery & Restaurant currently operates 12 locations throughout Delaware, New Jersey and Pennsylvania.  In 2016 Iron Hill received an investment from A&M Capital, which positioned the company to continue its 20-year expansion from one brewpub to now its 13th location at East Market.

11 Places in Philly Where You Can Celebrate Black History Month
Here’s What to Order: The Ultimate Valentine’s Day Food Cheat Sheet