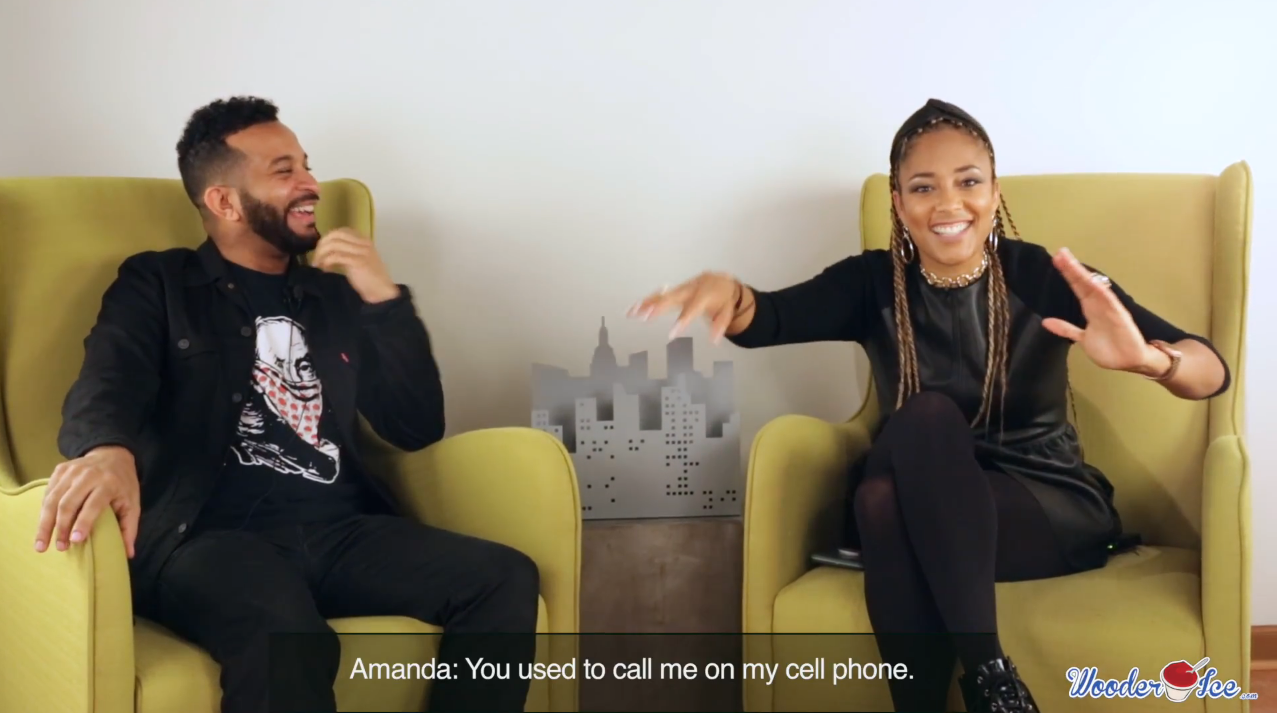 When it comes to longevity and finding ways to re-invent themselves, you have to give it up to Amanda Seales.  80’s & 90’s babies were first introduced to Amanda’s infectious energy in our living rooms as she hosted Sucka Free Sundays on MTV.  This was of course back when MTV actually showed videos.  Taking on her birth name, she then went on to assume a variety of roles in the entertainment industry.

We recently caught up with Amanda at Wooder Ice’s studio to see what she’s been up to and what her fans can expect from her many mediums.  As a natural in front of the camera, Amanda wasted no time letting us know her thoughts on a wide range of topics including political hot buttons.

However, looking to get some dirt we made sure to obtain the inside scoop on her most popular platform, Insecure.  Opening up like a book, Amanda Seales in fact lets us know from the rip that Tiffany wasn’t even the original character she intended to audition for.  Can you imagine the show any differently? She went on to spill a couple of more interesting tidbits about Insecure and her relationship with Issa.

Aside from her budding acting career, Amanda is also flourishing in the field of comedy.  As an active stand-up comic, Amanda Seales has the talent to leave the room in stitches.  However, being the creative that she is, Amanda veered from the traditional comedic route and recently created a new Black pop culture comedy game show entitled Smart, Funny & Black.  Already performed in front of serval sold out audiences, Smart, Funny & Black is a creative and hilarious way for contestants to test their knowledge of Black nuances, trends and history.  Amanda describes it as a HBCU colliding with an Ivy League school with comedy being the common thread.

Of course being in the business for well over a decade, we had to get the scoop on some of the craziest moments she has experienced.  Without hesitation, Amanda Seales jumped right into a very awkward encounter she had with Petey Pablo while on the set for Sucka Free Sundays.  Her story was nothing short of cringe worthy.

We could go on and on about all of the entertaining things Amanda told us during our recent sit down but we rather show you instead.  Check out our exclusive interview with this talented culture pushing act and see what has kept her relevant in the game for years!

Morgan Saint Breaks Down the Meaning of Her New EP 17 Hero & More!
Beyonce And Selena Gomez Battle For Instagram Likes