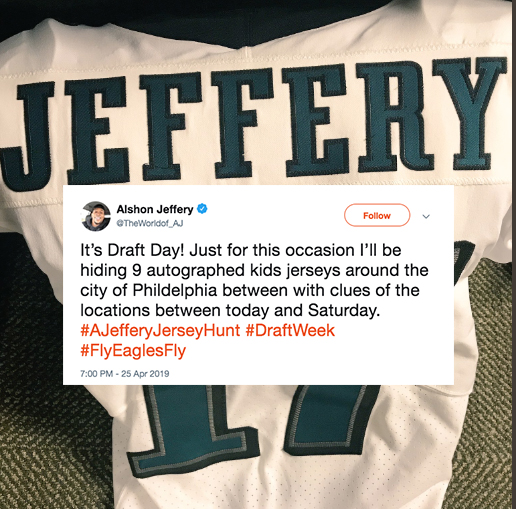 Every year around draft time NFL players start to feel real nostalgic.  After all it’s the day that their lives forever changed and the childhood dreams came true.  While reflecting you’ll see many players post old photos and videos of draft day showing them in elated, overcome with emotion, and often times in tears.  However, Eagles wide receiver Alshon Jeffery is looking to celebrate the NFL Draft a little differently.

It’s Draft Day! Just for this occasion I’ll be hiding 9 autographed kids jerseys around the city of Phildelphia between with clues of the locations between today and Saturday. #AJefferyJerseyHunt #DraftWeek #FlyEaglesFly