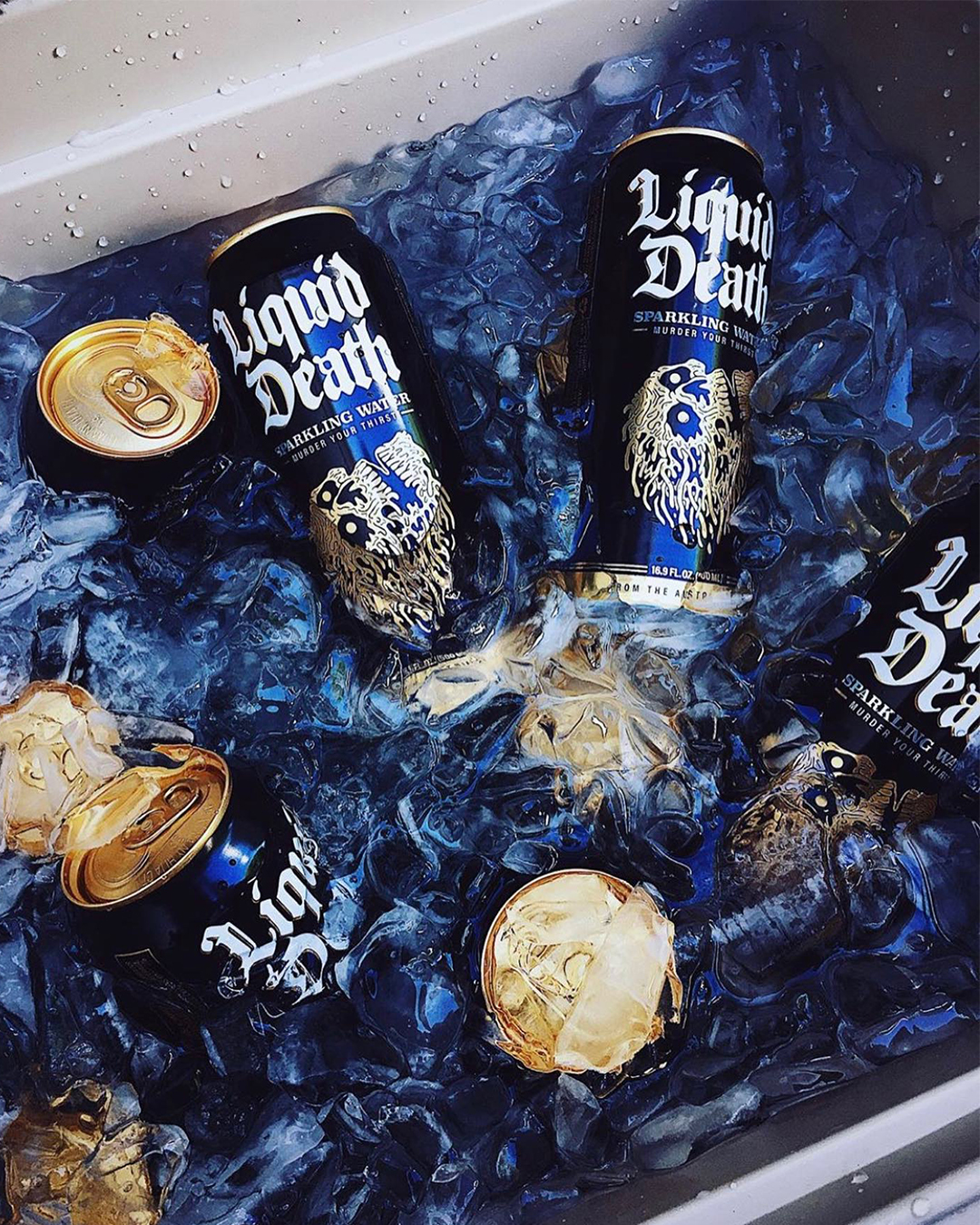 The first thing people might ask when you’re holding a Liquid Death can is “Wow, you’re just drinking a beer in the open?” You really can’t blame them the tall can’s design resembles that of a craft beer but on the inside is nothing but thirst quenching H2O. Besides who really thinks of water being in a can?  Well some former Philly area residents thought of it and now their Liquid Death brand has gone national. 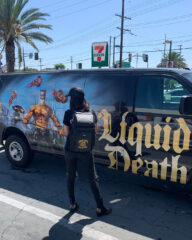 The brand is fairly new.  In fact the first cans of Liquid Death landed in the US, in Philadelphia, January 2019. From Philadelphia Liquid Death is distributed throughout the country and makes its way to its headquarters in sunny California. The creators including co-founder Mike Cassario and  the first employees of the company all graduated from Avon Grove High School in Southern Chester County and lived in and called Philly home at some point.  The Philly attitude really shines in their marketing an approach. In fact their website states, “Liquid Death is a completely unnecessary approach to bottled water. In fact, we strive to be unnecessary in everything we do.”

Their humble beginnings began with strictly online purchases since no retailers wanted to take a chance with them. With only a one-man sales force in Philly sales were hard to come by but eventually local bars started to stock up on the canned water.  The first bar to ever carry Liquid Death was BAR (1309 Sansom St.) 13th & Sansom.  From there the accounts started to roll-in.  Popular bars such as Urban Saloon, Garage(s) and Triangle Tavern  followed suit.  It didn’t take long for LD to secure distribution and they eventually landed their big account at Whole Foods.

Although, this was big news many of the Liquid Death advisors told them not to launch during a pandemic. However, they decided to move forward with their Whole Foods launch back in March 2020.  Now Liquid Death is the fastest growing water in Whole Foods and continues to grow, beating out many of the major brands. “Every advisor, expert, package dude, told us to NOT launch cause we would certainly fail.  We launched anyway, and visited every Whole Foods Market we could to make sure Liquid Death was visible,” stated National Brand Manager Steve Menei. 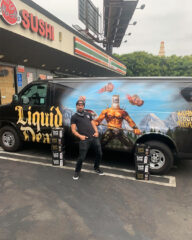 From online sales to national placement, Liquid Death is quickly growing and taking on the big dogs and its Philly hustle mentality is helping it reach its full potential. “We are in that real estate, on shelves and in refrigerators. The only way to compete with these players is to straight out hustle them. You can’t buy hustle or passion,” Menei stated.

Esquire Names 3 Philly Restaurants on Their List of “Top 100 Restaurants America Can’t Afford to Lose”
This Spring The CluedUpp App Will Turn Philly Into a Giant Game of Clue!