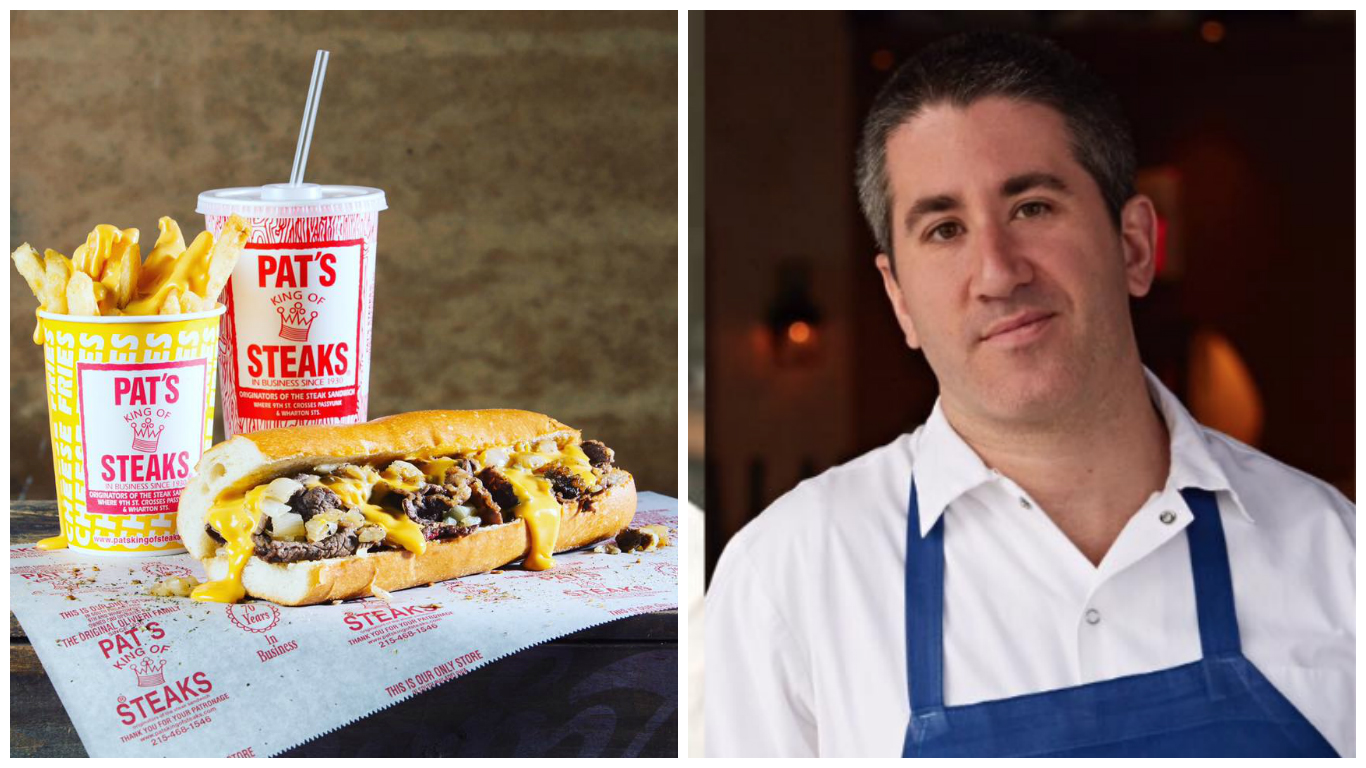 Famed Chef Michael Solomonov is Taking Over Pat’s Steaks for 3 Days in October!

Famed Chef Michael Solomonov is Taking Over Pat’s Steaks for 3 Days in October!

Okay before you go wild in the comment sections about Pat’s being a tourist trap, let’s me mindful that all restaurants have been impacted heavily during the pandemic so it’s always nice to see some great collaborations.  With that disclaimer out of the way, it looks like famed chef Michael Solomonov of CookNSolo is teaming-up with Pat’s Steaks for a 3-day takeover.

Reservation company Resy is behind the collab and have been working with acclaimed chefs for a takeout series they’re working on that will feature eight chefs from around the country. Each chef  will go to a “storied eatery” and remix a dish.  Other chefs that will be featured include Top Chef” judge Tom Colicchio who will take over New York’s 2nd Ave Deli and award-winning chef Kwame Onwuachi taking over Washington D.C.’s Ben’s Chili Bowl.

Solomonov who is behind such brands as Zahav, Abe Fisher, Federal Donuts and more has been featured in many food shows including The Layover with the late-great Anthony Bourdain.  So he definitely knows what he’s doing in the kitchen.  Frankie Olivieri who is the third–generation owner of Pat’s has been a good friend and acquaintance of Michael’s for some time.  In fact Micahel Solomonov has taken over Pat’s before including  his first takeover back in 2016.

Solomonov’s take over will happen Friday October 16th -18th and will feature a “classic cheesesteak remix package” that will cost $25 and will be available through Resy for pickup.  However, you’ll need to purchase a ticket in advance through Resy.  The tickets will go sale for the general public Thursday September 24th.  American Express card members will have an opportunity to purchase tickets in advance on Tuesday September 22nd.  Michael’s last cheesesteak remix included steaks with shawarma spice, tehina, and pickle peppers.

To sweeten the deal Resy is hiding “Golden Checks” worth up to $100 in random takeout bags.  These checks can be redeemed at any CookNSolo restaurant.