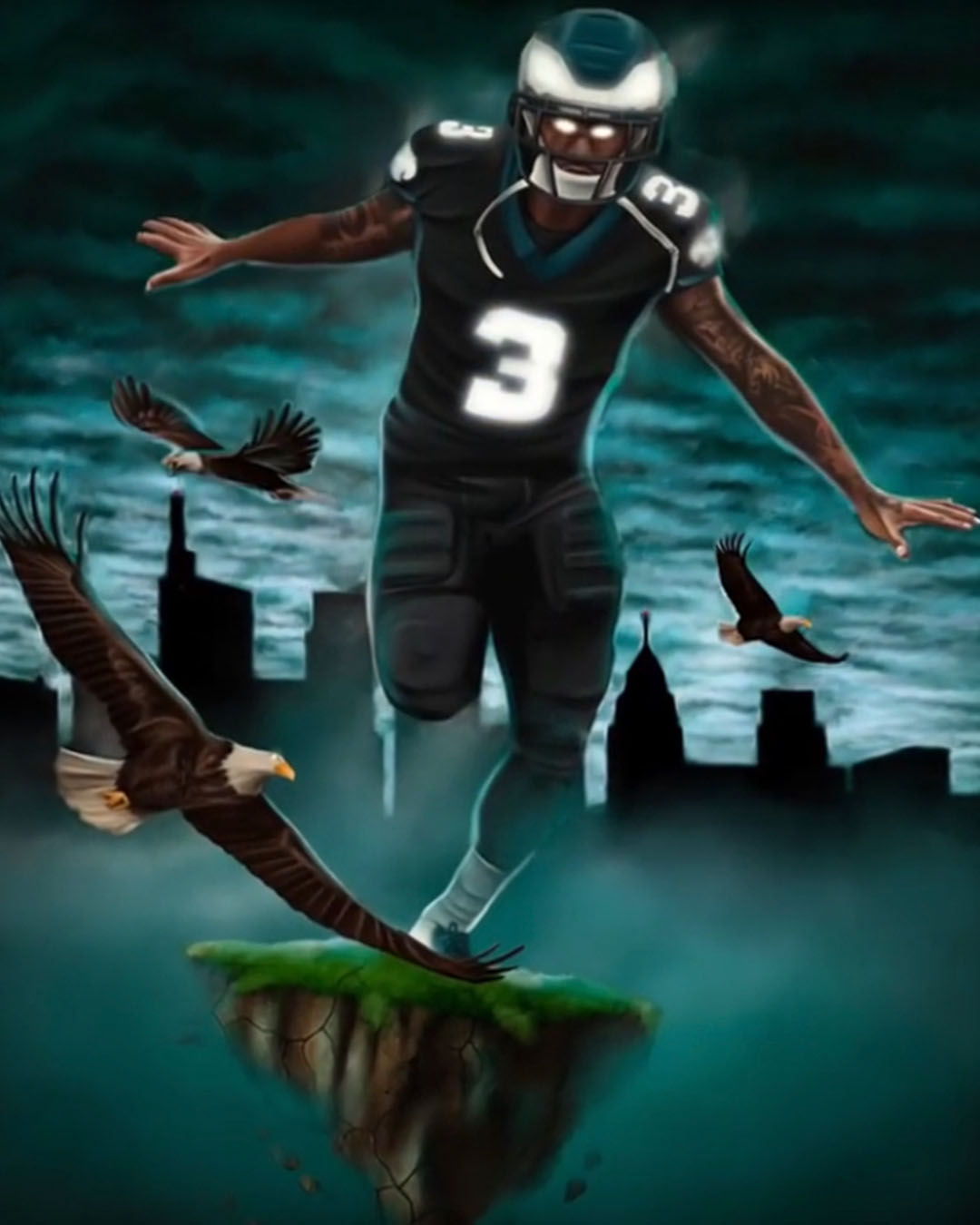 By now we all heard about NFTs (non-fungible tokens) and how they’ve been taking over the art world.  Well it looks like Eagles cornerback Steven Nelson is looking to dive into the NFT world and offer some really cool pieces.

Nelson enlisted the help of local artist Jordan Spector to create “packages” that include physical items such as jerseys and game tickets. “The purpose of the project was to bring a valuable experience and utility based NFT project to fans and collectors alike. Allowing fans to engage with Steve, get tickets to games, his hand worn gear, and my artwork,” Jordan explains.

Spector has been an artist his while life but officially started his art business four years ago with several of his pieces going viral including his Eagles piece that showcases franchise legends through the years.  As the art world evolved so did Jordan’s work, this eventually landed him in the NFT space which caught the eye of Nelson. “Steve reached out to me in the off-season after seeing the project I was involved in (with other artists) for a NFT gallery with Terrell Owens. He approached me in general with the desire to create his own NFT project for fans to enjoy,” Jorden explains.

The NFT project includes two experience packages and then multiple NFTs that are actual physical items tied to the block chain. Each “experience package” has a one on one in person experience with Steve and the artwork created for it as well that comes with the NFT. Each “game package”  includes 2 tickets to a home game,  Nelson game worn cleats and game worn jersey from that game (hand Signed by him) , a gold metallic football signed by him and a print of the artwork for that package signed by Nelson and Jordan. ALL of which have their own 1/1 NFTs tied to the blockchain.

Lastly the coolest NFT of them all is “the golden ticket” which exists as a lifetime pass for 2 tickets to 4 games every season for the rest of Steve’s career (which hopefully remains in Philly). “So whoever possesses this NFT will get those tickets for the season and then can do whatever they’d like with them. All bidders and NFT collectors will be entered to win this, winner will be chosen at random at the end,” Jordan explains.

Overall this is unique and Steve is the first Eagles players jumping into the NFT space offering something like this. You can check out the packages and art work at SpectorSportsArt.com.