Did You Know Glasscase is a Filipino Pop-up Operating Out of a Neighborhood Bar in Fishtown? - Wooder Ice 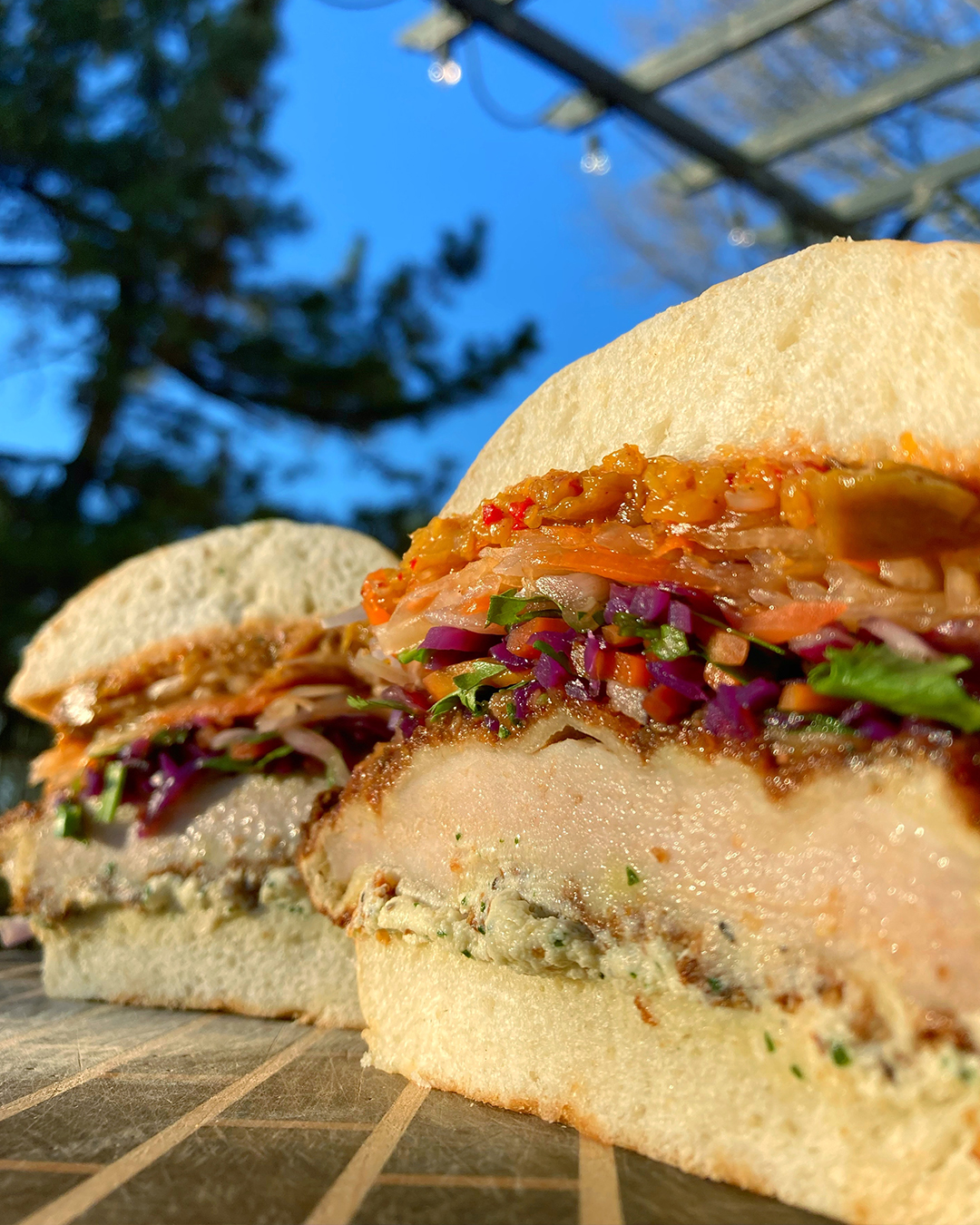 Did You Know Glasscase is a Filipino Pop-up Operating Out of a Neighborhood Bar in Fishtown?

Located in a pocket of Fishtown, away from the hustle and bustle of Frankford Ave., sits the staple neighborhood bar Les and Doreen’s Happy Tap (1301 E. Susquehanna Ave.). Bought by the couple back in 1986, this unassuming corner bar has been hosting pop-ups for some time now. However, their latest pop-up resident is serving up tasty Filipino dishes that have been selling out every week.

Glasscase, which was started by Manayunk native Michael Fernando, originated in Tokyo of all places. The Philly native was living abroad working a 9-5 but eventually quit and found himself hosting pop-up dinners for friends and strangers alike. Michael’s pop-ups quickly became a hit and before he knew it a culinary career spawned.  “I’ve been cooking Filipino food casually and occasionally in a commercial capacity for most of my life. So while I was living in Tokyo, inviting people over and cooking excessive quantities, food was a source of great joy for me. These gatherings would sometimes morph into more formalized dinner parties, and I occasionally catered some small music events/bar nights. I didn’t have a car so I had to do all my shopping on the bike, hauling troves of ingredients with comical setups. I didn’t have access to a commercial cook, so I’d prep like 40 covers in my friend’s tiny Japanese apartment kitchen. It was  thrilling and so fun but the only reason I wasn’t doing it every week was to give my friend his kitchen back for a few days in-between,” Michael Explains.

Out of pure chance the opportunity to host pop-ups at Les and Doreen’s came about while Michael was back in Philly to attend a friend’s wedding this past September. At the time Les and Doreen’s hosted a Thai pop-up but that resident left town which created an opportunity for Glasscase. “The menu is really subject to change at any time, but we had been running the current one for about 5 weeks. I might switch it up – empanadas maybe, also perhaps fried calamari with tamarind.” States Michael.

Menu items include Lumpia, Adobo Pork Belly, Tocino, Ensaladang Barrio, Okoy, and Sinigang. Glasscase operates every Saturday starting at 4:30 pm until sold out (it will be closed April 30th).  It’s usually first come, first serve but guests can call to place an order at 215 423 3502.  Although, Glasscase has been a hit, it will most likely end around July when the Thai pop-up operator returns.

So where does the name come from?  “The pop-up is called “Glasscase” – a name born out of a late-night powwow with another Filipino-American friend of mine in Tokyo. With that 7th beer swagger, we kept coming back to the idea of the “Glasscase” – a kind of tangible, established, definitive, cultural heritage that members of cultural/ethnic group could easily tap into. Revisiting and celebrating of culture is essential to immigrant identity at the individual and community level, and while some other Asian-Americans could ably trace their cultural legacy back thousands of years, we felt laughably clumsy trying to summon any ideas about filipino-ness. For whatever circumstantial reasons – colonialism, immigratioon patterns, parental tendency towards integration, etc – we didn’t know what was “in the Glasscase, explains Michael.

Continue Reading
You may also like...
Related Topics:filipino, glasscase, philly food, philly pop up, things to do in philly, Top Page Posts