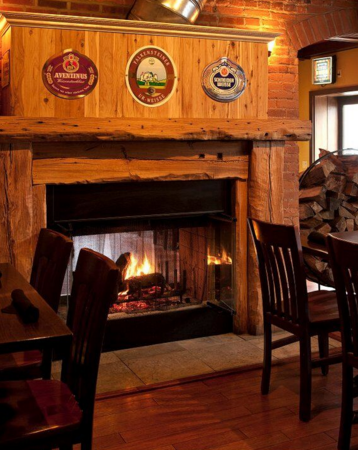 Brunch will be served from 10:30 – 3pm with hearty dishes like Short Rib Hash topped with scrambled eggs and Eggs Diablo, a cast iron skillet with house made hot sauce, poached eggs served with a side of home fries and toast.   Chef Paul Trowbridge is preparing some winter specials for the evening that will be sure to warm you up.  Dinner Specials will start at 5pm and include Flaming Hot Calamari appetizer and a Braised Pork Shank with scalloped potatoes.

Where to Eat Out For Thanksgiving in Philly!
Santa Paws Returns to Hotel Palomar to Benefit Saved Me Shelter!