Concession Stands at the Super Bowl Were Selling $19 Beers and $28 Sandwiches! - Wooder Ice 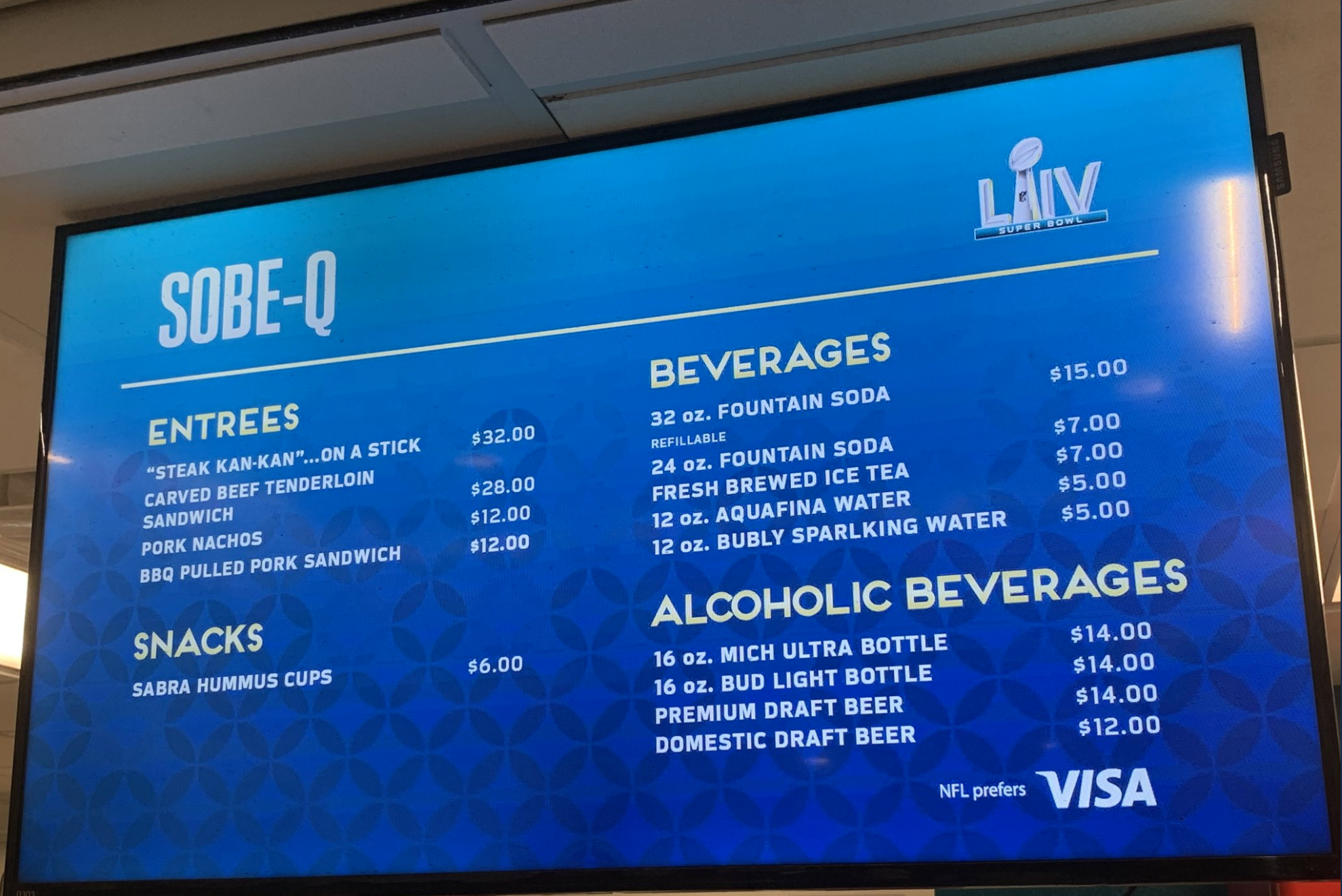 Concession Stands at the Super Bowl Were Selling $19 Beers and $28 Sandwiches!

Concession Stands at the Super Bowl Were Selling $19 Beers and $28 Sandwiches!

I’ll never complain about overpaying for food the next time I am at a sporting event.  Okay that’s a lie.  I will always complain bout the price gauging that goes on but holy cow, did you get a load of what the prices were during the super bowl?!  Twitter was buzzing with photos taken from attendees at the game showing some of the unreal menu prices.

I get it, “If you can afford tickets to the Super Bowl then you can afford the food.”  That’s besides the point, like who determines these prices and do the folks paying for it instantly get buyer’s remorse? I personally wouldn’t be even be able to enjoy a $19 Shock Top beer!

A look at some #SuperBowl concession prices. A $28 sandwich and a $15 soda sounds about right. pic.twitter.com/UFjLBtG2ym

Continue Reading
You may also like...
Related Topics:Concession Stands at the Super Bowl, food prices at the super bowl, nfl, super bowl

Watch Brian Dawkins Cry Tears of Joy in an Emotional Message to Former Coach Andy Reid!
The Phillies Will Retire Roy Halladay’s Number on May 29th!