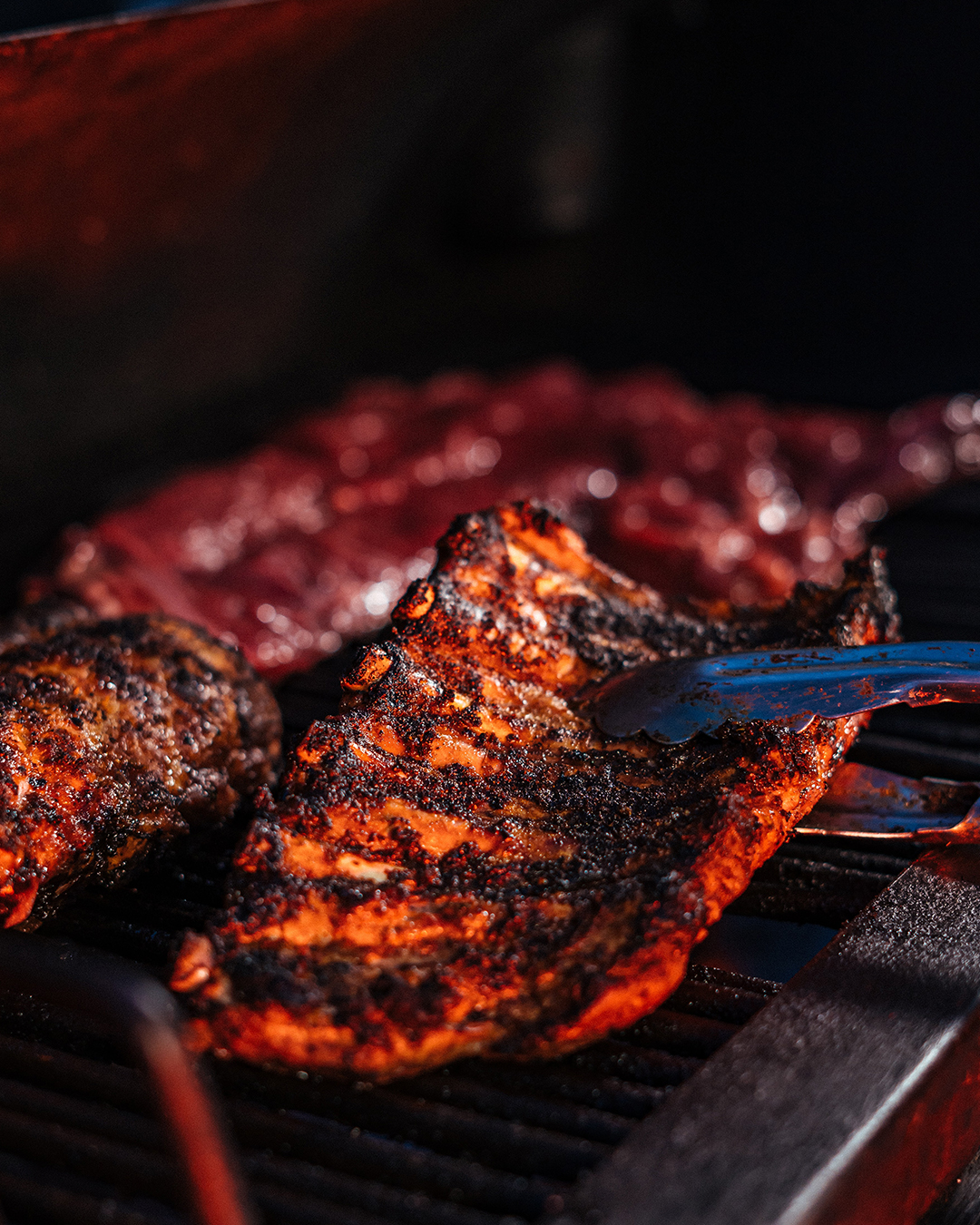 Sunday, May 16th is National BBQ Day. It also happens to be the late Ronald Washington’s birthday — the same Ronald Washington who owned Ron’s Ribs, a former neighborhood staple at 1627 South Street in Philadelphia which was forced to close back in 2010. Now, Ronald’s son, Brandon, is honoring his father by not only bringing back the Ron’s Ribs Signature Sauce, but he’s reintroducing it at a community event on May 16th at a new community center and Co-op workspace he’s renovating called 1901 — the former South of South Neighborhood Association (SOSNA) space at 1901B Washington Avenue.

The launch event will feature 400 ribs from BBQ Chef Keith Taylor (Zachary’s BBQ & Soul; The Soul of Cooking Kitchen), which will be topped with Ron’s Ribs Signature Sauce. The community BBQ will begin at noon, with ribs and beverages available to anyone who shows up. Food and drink will be free of charge, however, guests are asked to make donations directly to the community center.

Ron’s Ribs Signature Sauce bottles will also be available for purchase beginning on May 16th, with all sales benefitting the community center, which recently raised nearly $7,000 in a community-driven GoFundMe campaign. The mission of the new space is to give locals a place to congregate and have internet access, as well as offer the resources necessary to develop digital content in order to share knowledge and ideas for the betterment of the community. To assist with this initiative, Brandon has started a non-profit organization called The Stream Engine, which is a network of like-minded individuals who came together to benefit the community.

“I am bringing this product back specifically to be a funding source for the community center,” said Brandon. “The neighborhood loved my dad and this product, and now it’s my turn to do something for the community. We were trying to figure out the right time to launch this product, and when I realized that my dad’s birthday also happens to be National BBQ Day, it just felt so perfect and poetic to me. Of course they fell on the same day.”

“When I found out about Brandon’s mission, and his desire to bring back his father’s sauce, I immediately wanted to get involved,” said Chef Taylor. “Brandon is a wonderful young man, and for him to put in so much of his own time and hard work into benefitting the community really resonated with me. I’m looking forward to this event and serving up some delicious ribs, which I know will be elevated thanks to the delicious Ron’s sauce which I am now a huge fan of.”

Washington teaches tech education at the high school level, entrepreneurship, business, and technology at the university level, and is an affiliate of the Uncommon Individual Foundation’s Technology Mentorship Program. He sits on the board of SOSNA, is the President of the Philadelphia Chapter of the Frontiers International Organization, and is an academic advisor for the Pete and Jameer Nelson Foundation.

12-ounce bottles of both the traditional and hot variety of Ron’s Ribs sauces will be available for purchase in specialty stores around the region, as well as directly from http://ronssignaturesauce.com. Donations to Washington’s 1901 co-op workspace can be made by visiting http://gofundme.com/f/1901-Cooperative-workspace.