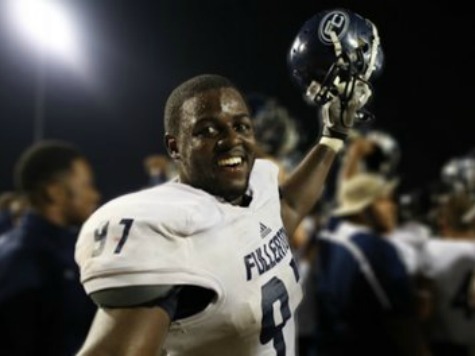 Boise State Football is looking to get a NCAA waiver to help their new recruit Antoine Turner who is homeless. After his mother died when he was younger, Antoine moved from house to house in New Orleans until the area was devastated by Hurricane Katrina.

Antoine eventually enrolled in Fullerton Community College where he played football. He was able to stay with his girlfriend’s family and eventually his uncle’s house. However, due to government regulations for subsidized housing he had to vacate his uncle’s house. Antoine has spent the last few months bouncing from motel to motel and in some cases spending the night in his girlfriend’s car.

Due To NCAA regulations, Boise St. cannot do anything to alleviate Antoine’s situation until summer camp starts. However, the school is seeking a waiver that will allow them to house and feed Antoine before summer camp begins.