A "Fraud Street Run" Has Been Organized To Go From The Four Seasons Hotel to Four Seasons Total Landscaping! - Wooder Ice 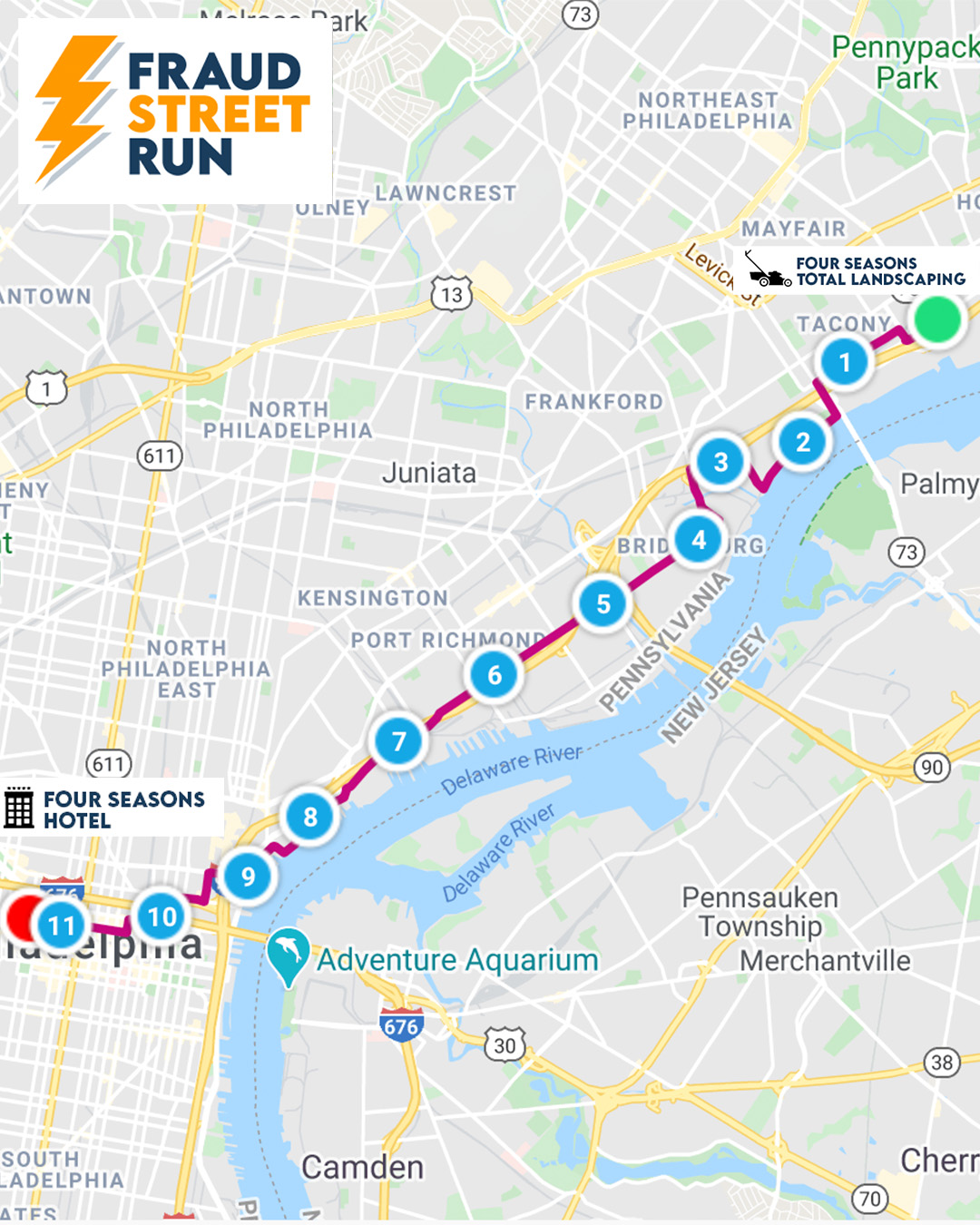 In true Philly fashion, local event organizers have decided to commemorate the Trump campaigns’s apparent news conference goof at the Four Seasons Total Landscaping on State Road. Many have speculated that the Trump campaign meant to schedule a new conference at The Four Seasons Hotel in Center City but accidentally scheduled it in the lot of a local landscaping company which is located between a sex shop and a crematorium. Obviously Philadelphians had to run with it literally.

Now an 11 mile run dubbed the “Fraud Street Run” has been organized to go from The Four Seasons Total Landscaping  (7347 State Rd.) to The Four Seasons Hotel (1 N 19th St.). The run is schedule for November 29th and runners can join in person or virtually.

In-person runners will be required to be masked and practice social distancing.  The run is scheduled to begin at 9 am and will be free to join.  However, organizers are asking participants to donate at least $10 to Philabundance which helps with hunger relief.

Runners are encouraged to bring their own water and neutron as there will be no aid stations along the way.  Although, there will be no reward for the Fraud Street Run, the organizers are anticipating a nice size crowd for this event. See the full map here.

FOND Will Temporarily Pivot to Become a Prepared Foods Market and Take-Away Restaurant!
New Plant-Based Pop-Up Takeout Restaurant “Primary Plant Based” Will Operate Out of Khyber Pass Pub
To Top
Get the Coolest Philly Events & News Emailed to you Every Week!