A Florida Company Wants to Charge $125K For Balloon Rides to the Edge of Space! - Wooder Ice 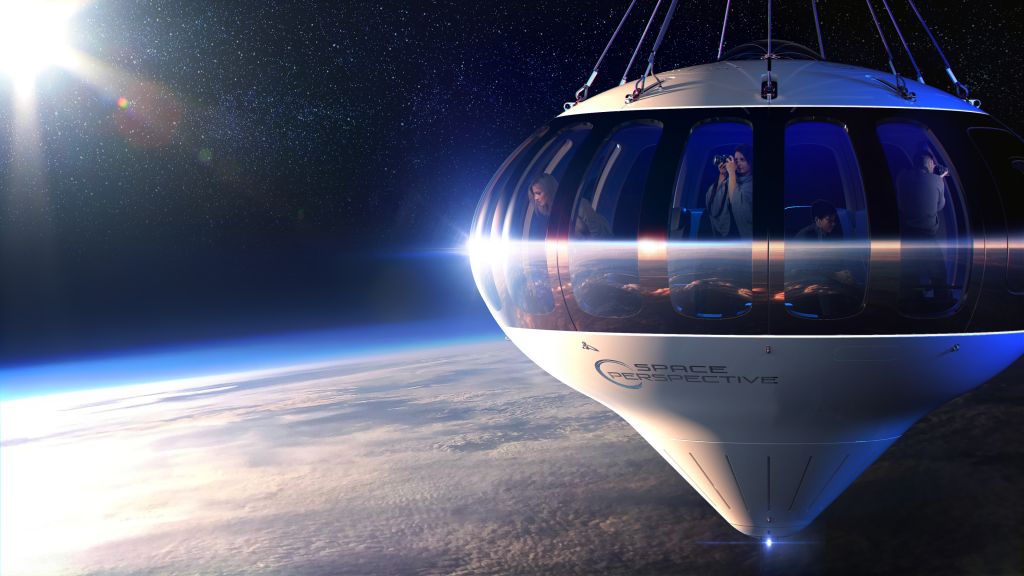 A Florida Company Wants to Charge $125K For Balloon Rides to the Edge of Space!

A Florida Company Wants to Charge $125K For Balloon Rides to the Edge of Space!

Looks like SpaceX has some competition.  A Florida-based company has plans to curate balloon rides to the edge of space. What could possibly go wrong right?

Space Perspective which is based in Florida but will operate the balloon rides in Alaska is looking to charge adventure seekers $125,000 for a six hour ride to the edge of space.  They are naming their space balloon the “Spaceship Neptune.”  The balloon will be manned by a  flight crew and will hold eight passengers in a pressurized capsule suspended beneath a hydrogen balloon the size of a football stadium.  Yea you read that correctly.

Spaceship Neptune will take an estimated two hours to ascend to 19 miles above earth.  Passengers will be able to post to their social media or send data.  After which the ballon will descend and splash down where a ship retrieves the passengers. Capsule recovery would occur in the waters around Kodiak Island and the Aleutian Island chain, depending upon the seasonal wind patterns.

Space Perspective CEO Mark Lester believes the flights will be able to start in a few years. “You will have people from around the world who want to come to Alaska and see the northern lights from the edge of space,” Lester stated.