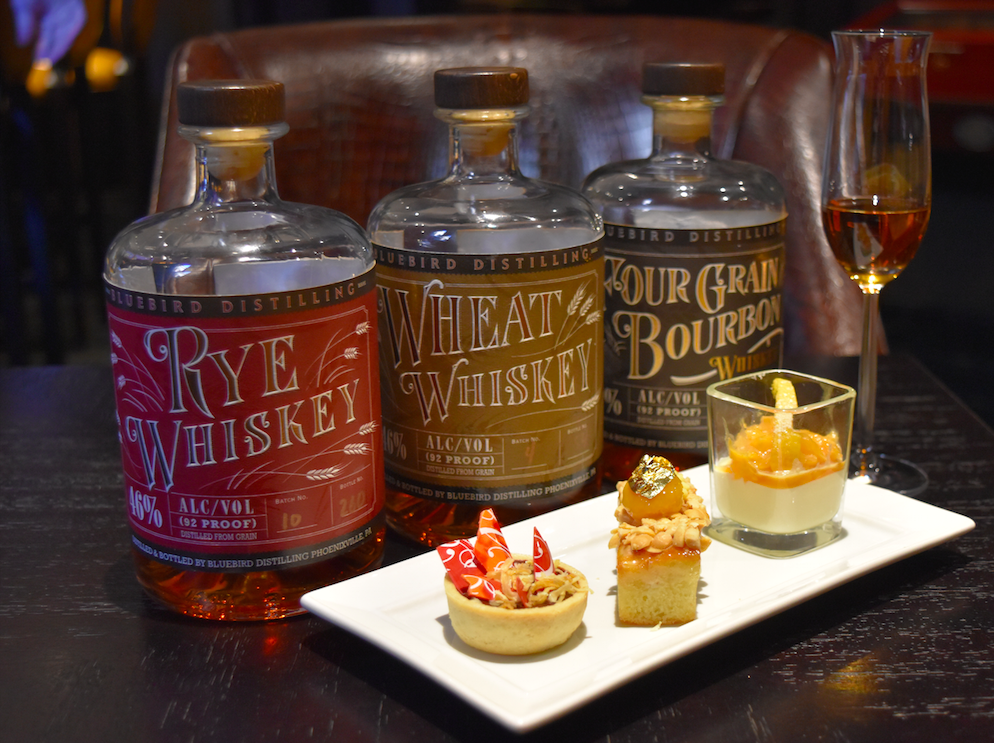 In celebration of PCSW, Ocean Prime Philadelphia is partnering with Bluebird Distilling to offer an exclusive feature from Executive Chef Jennifer Grosskruger: 4 oysters with a Cucumber Lime Gin Granita ($11) and her suggested pairing, a Bluebird Vesper for $10 (see photo attached). The bar will also boast a Barrel-Aged Zombie in spirit of Halloween (made with both Dark Rum and Sugarcane Rum from Bluebird Distilling) and a Bluebird Rye Old Fashioned ($10 each). All features will be offered all week.

Bluebird Distilling will also be popping-up with a bar-takeover on Monday, October 30th from 5-9pm on the mezzanine. Come and mingle with the Ocean Prime team and Bluebird Distilling’s Founder and Master Distiller, Jared Adkins.

All city wides are $9

In both the Library Bar and Bar 210 (inside Lacroix) a trio of Bluebird Distilling’s whiskey offerings will each be paired with the desserts made in-house by our Executive Pastry Chef Fred Ortega. From Thursday, October 26th to Friday, November 3rd, The Rittenhouse welcomes guests to experience the range of whiskeys offered by Bluebird alongside desserts including the peanut financier with an apricot gel (paired with the wheat whiskey), a lemon mousse verrine with a caramel orange compote (with the four grain bourbon) and a milk chocolate ginger tart (with the rye).

Each dessert is built to bring out the nuances of Bluebird’s whiskeys from the toffee, vanilla and smokey notes of the wheat whiskey to the sweet spice, corn, and oak tones of the four grain bourbon and finishing off with the brown sugar, baking spice and rich woody undertones of the rye whiskey.  Each flight will come with the three petit desserts and a 1-ounce pour of each whiskey to be enjoyed for $30.

Continue Reading
You may also like...
Related Topics:craft spirits week