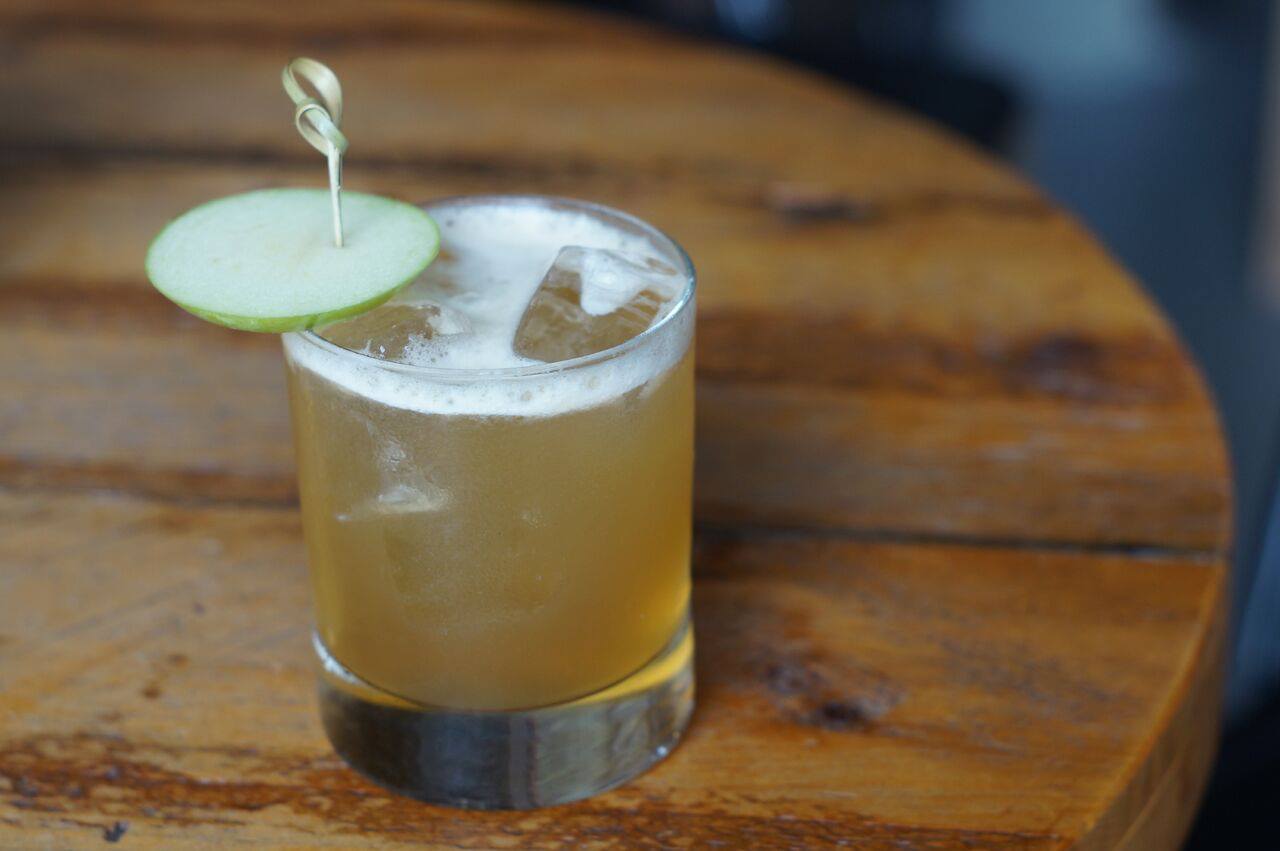 Some people think of a Whiskey Sour as a girly drink, while others will argue that it doesn’t get more manly than whiskey anything. No matter which side of the fence you are on, there’s one thing that will always be true, the drink has staying power. The Whiskey Sour has been around since the late 1800s. If anything can last that long, it has to be good. We asked some of our favorite whiskey lovers to shake up the Whiskey Sour and come up with a new twist on an old favorite.

For those that think of the Whiskey Sour as a girly drink, Hawthorne’s Cafe has a drink to change your mind. Their version of the longtime favorite packs a punch. It uses 90 proof Jim Beam Devils Cut as the base. The Devil’s cut refers to the whiskey that soaks into the barrel during the distilling process. Jim Beam figured out a way to extract the whiskey from the wood. , They then hold the extracted liquid for a period of time before blending it with a 6-Year-Old Bourbon. It’s then bottled at 90 Proof, making it stronger than all the other varieties of Jim Beam.

Grab a bottle of Bluebird Distilling’s whiskey and drink to your health. They say that an apple a day keeps the doctor away, they never said you couldn’t add whiskey. Bluebird Distilling’s Apple a Day Whiskey Sour is a crisp, refreshing cocktail for the late-summer and early fall, when the apple harvest is ripe, but the days are still long and warm. The tart of sour apple and fresh lemon balance the bold, sweet-and-spicy Rye Whiskey for a thirst-quenching bite into a boozy Granny Smith apple. Lavender and peppercorn notes highlight the spice of the 100% rye mash bill in the whiskey. The Phoenixville based distillery recently opened up an outpost in the Shops at Liberty Place which makes it the perfect place to grab a bottle after work and make your own. Don’t feel like mixing up a batch, head to their Phoenixville tasting room and let them make it for you.

Measure the ingredients into shaker.
Fill with ice cubes.
Shake vigorously until chilled.
Strain into a rocks glass over fresh ice.
Garnish with mint.

Famous for reintroducing the Classic Whiskey Sour to Philadelphia, the Trestle Inn is the place to go to celebrate Whiskey Sour Day. They boast over 70+ domestic and international options of whiskey. The Trestle Inn’s Beverage Manager, Avdo Babic has a berry interesting take on a Whiskey Sour, his version adds raspberry puree and pink peppercorn mint syrup. Come for the Whiskey and stay for the groovy atmosphere. The Trestle Inn, Philadelphia’s One and Only Spot for Whiskey and Mod Go Go, presents a truly unique blend of 60’s and 70’s-inspired music, entertainment and drink. Every Wednesday to Saturday, dancers shimmy and shake to soul, funk, garage and classic disco. Looking for something other than Whiskey? Don’t worry, their drink menu features 18 craft cocktails plus they have 13 rotating craft beers on tap.