There's a Petition to Stop The Opening of a Starbucks in Dilworth Park and It Already has Over 3,000 Signatures! - Wooder Ice 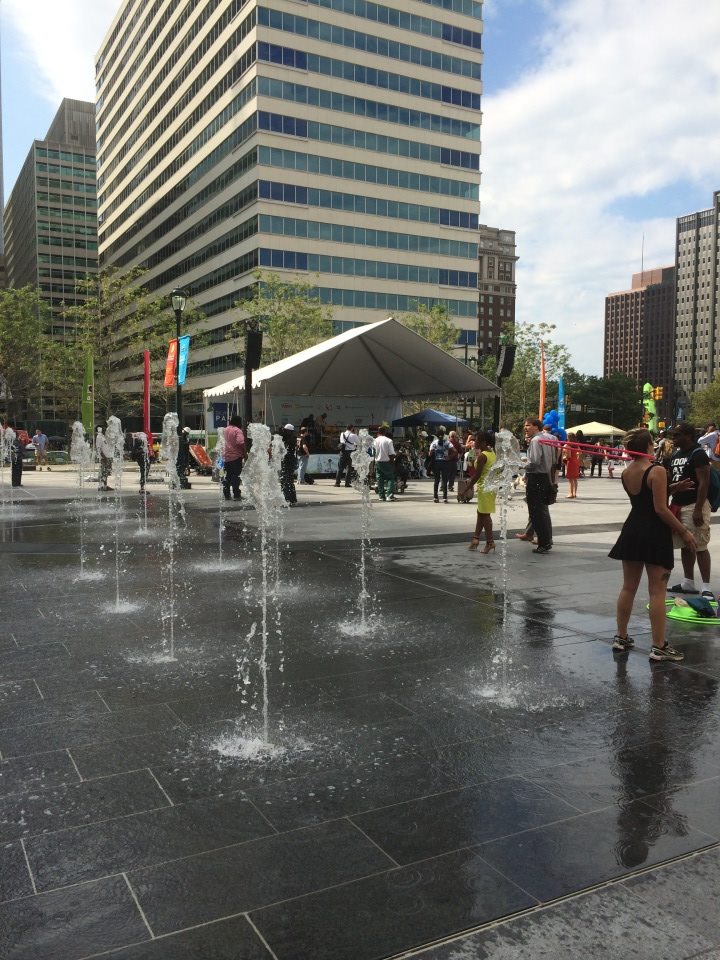 There’s a Petition to Stop The Opening of a Starbucks in Dilworth Park and It Already has Over 3,000 Signatures!

There’s a Petition to Stop The Opening of a Starbucks in Dilworth Park and It Already has Over 3,000 Signatures!

Philadelphia loves coffee.  You can tell by the tons of coffee shops that sit on neighborhood corners throughout the city.  However, when it comes to public spaces and national coffee chains, it looks like residents aren’t feeling it.  A petition has been floating around to stop a Starbucks from being built in Dilworth Park.

The park which is privately managed by Center City District, already has a coffee house and there is also La Colombe right under the Residents at the Ritz.  The petition states, “Aside from sitting at the foot of City Hall, it’s the only park in the entire city of Philadelphia that’s connected by both the Broad Street Line Subway and Market-Frankford Line El. Dilworth Park connects tens of thousands of Philadelphians and dozens of Philly neighborhoods every day. And frankly, it’s public land that should not be sold off to Starbucks for their private profit!”

Although the petition aims to stop the Starbucks, it also points out that it wouldn’t matter what chain store popped-up.  In general residents feel that there is better uses for the land.  The creators of the petition have reached out to Center City District and were told the following:

“Center City District’s biggest defenses of this Dilworth Starbucks is the way it’s technically being leased. That is, that the kiosk itself is being leased to Brûlée Catering, a “local” company, who is then branding the space as a Starbucks and selling Starbucks coffee. To me, that’s a distinction without a difference; you’re still building a Starbucks on public land. And furthermore, Brûlée Catering is owned by Comcast, so it’s about as “local” as Amazon is to Seattle; in name and not necessarily in the spirit you’re aiming to provoke.”

Over 3,000 residents have signed the petition as well as commented on the situation.  Here’s what some Philadelphians had to say: 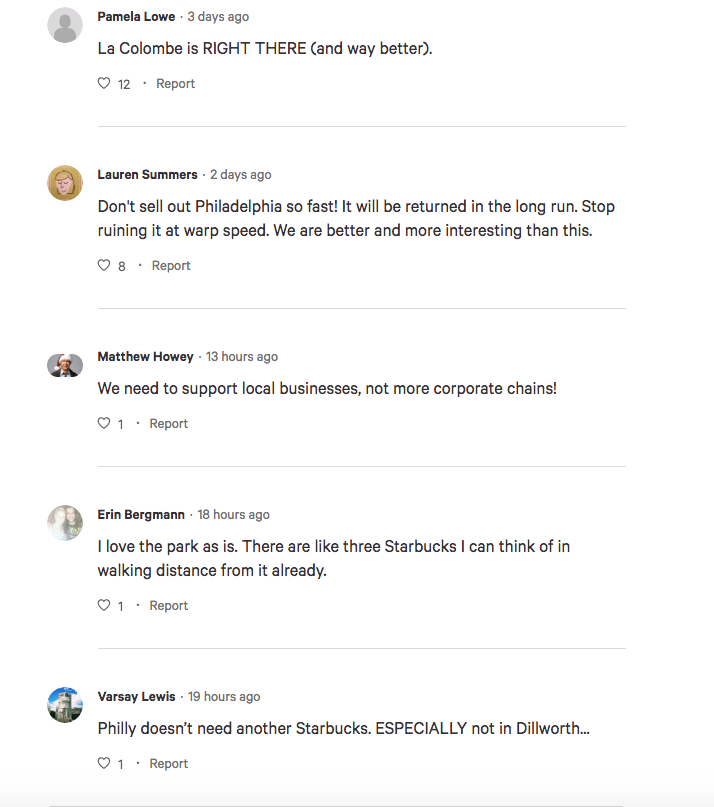 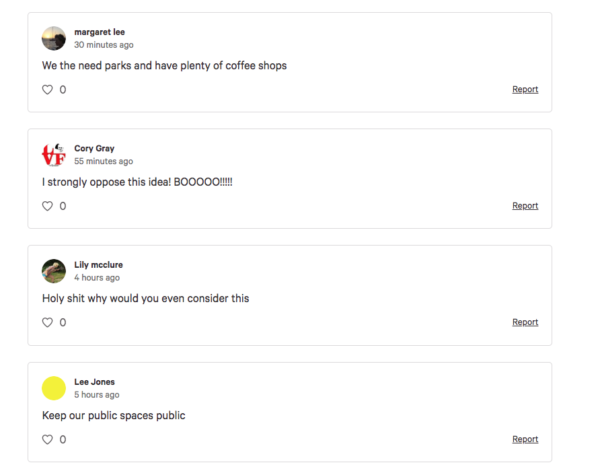 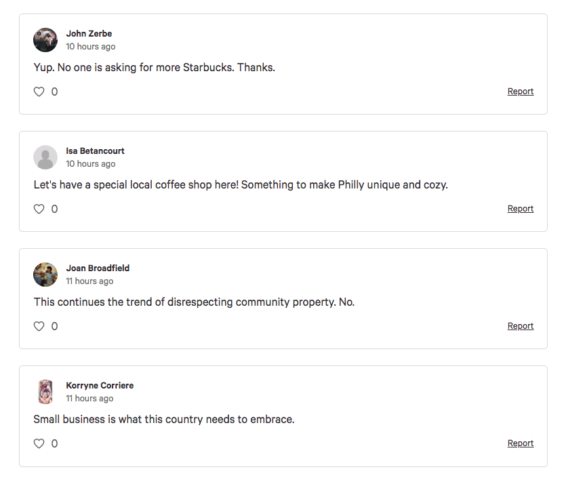