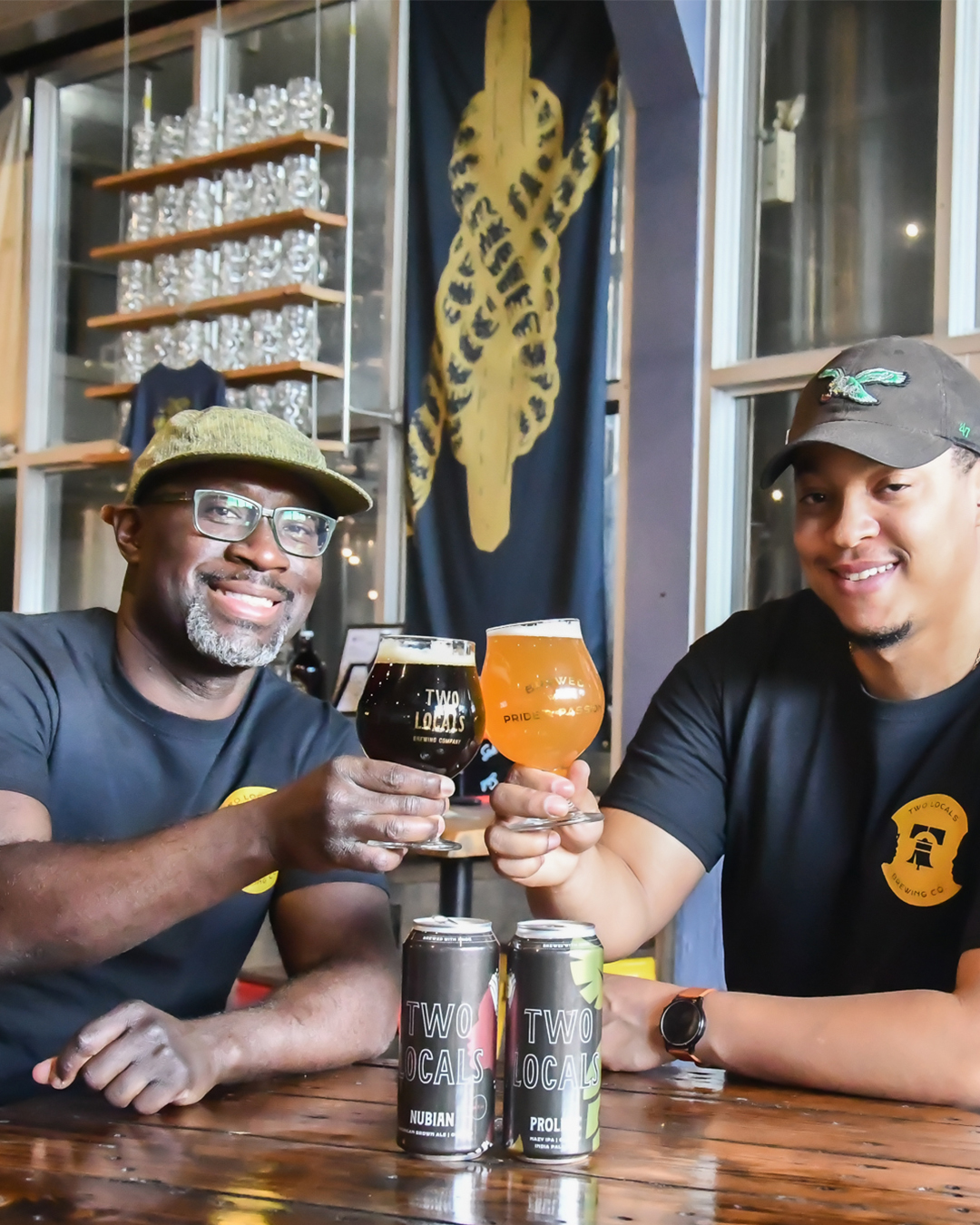 Two Locals Brewing Company, Philadelphia’s first Black-owned brewery, announces the launch of its first beer releases starting this week. Under a new relationship with FCM Hospitality and Mainstay Independent Brewing, Two Locals Owners and Brewers Richard and Mengistu Koilorwill bring Nubian Brown Ale (5.7% ABV), Prolific Hazy IPA (6.4% ABV) and Who You Wit? Belgian-style Witbier (5.7% ABV) to the Philadelphia marketplace in 16 ounce cans, four packs and Sixtel kegs. Nubain and Prolific will be available immediately for purchase online through twolocalsbrewing.com or through Craft Hall (901 N. Delaware) on Fridays from 4:00pm to 7:00pm, and Saturdays and Sundays from 2:00pm to 6:00pm. Who You Wit? will debut for sale later this Spring. All three beers will also be available for delivery through the BierMe app and for in-store purchase at area bottle shops, bars and restaurants as they become available . Follow Two Locals Brewing online for information about virtual beer tastings, in-person beer events, food and beer pairings with local chefs, and of course, new flavorful beers coming soon! 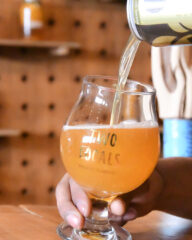 “Two Locals Brewing Company is excited to debut our first beers and begin sales to the public starting this week,” said Richard. “This moment has been a long time coming since our early days of homebrewing back in 2016. We are thankful to FCM Hospitality and Avram Hornik for their support – and believing not just in our product but also our long-term vision.”

“The craft beer world needs more representation and more people like us,” said Mengistu. “We want to release great craft beer we can be proud of, but we also have a larger social mission. There’s a very small percentage of craft breweries in the United States, and I think African Americans represent 1%. That needs to change. If you love beer, our brewing company is representative of our culture and we hope you will try us out. The time has come for our first releases and we are ready to make our mark on the craft beer scene.”

Two Locals Brewing Company is the first Black-owned independent brewery in Philadelphia and one of the first in the state of Pennsylvania. Owned and operated by brewers and brothers Richard and Mengistu Koilor, Two Locals aims to open up Philadelphia’s first Black-owned brick-and-mortar brewery and taphouse. The brothers also aim to create more awareness of craft beer in their own community, and to educate their community about professional opportunities within the craft brewing industry.

Since founding their company, the Koilor brothers have come a long way since their early homebrewing days dating back to 2016. After years of perfecting their craft, and sampling their brews at public events, the duo garnered new fans and public attention in 2020 when they joined forces with Harris Family Brewery and Double Eagle Malting to collaborate on Black is Beautiful beer at Callowhill’s Love City Brewing. Over $9,000 in proceeds was raised and donated to support Black Lives Matters.

As 2020 continued and the pandemic took a negative toll on businesses around the region, the brothers instead stayed positive, they looked ahead and they stood steadfast in their goals. As they continued to search for the perfect location for their eventual brick-and-mortar brewery, the duo continued to perfect their craft and recipes for their first official releases.

After meeting Hornik in 2020, the two brothers and Hornik regrouped in January of 2021 and a deal was struck that would help Two Locals bring their first brews to the public market. The three formalized their relationship in February. Hornik then introduced the brothers to Mainstay’s brewer and operate Brian O’Brien – and together the four would work together on the brewing, canning and production process while still having the Koilor brother’s as the sole owners of Two Locals Brewery.

“Avram and FCM Hospitality has the resources we need to get our business to the next level,” said Richard. “We have a solid following and by being able to brew beer and sell it, we can finally expand our business and get ourselves one step closer to our end goal. Avram is a smart businessman and he understands what we are trying to accomplish. We look forward to learning and growing together for this next stage of our company.

Hornik is known for his support of local businesses that are looking to expand, as seen in his partnerships with  the famous Lost Bread Co. and Mainstay Independent Brewing at Craft Hall. This incubation period for Two Locals Brewery is his way to give his support to this budding new brand.

“I stand behind what Richard and Mengistu are doing with Two Locals Brewing,” said Hornik. “They are a talented and driven team who are working hard to expand awareness of craft beer in their community, all while they look to make history with their first brewery. FCM Hospitality designed Craft Hall as a unique open concept space to foster and support up-and-coming businesses that are expanding and seeking new opportunities. The entire complex and all of our affiliates and partners at Craft Hall help foster a better understanding of craftsmanship that goes into food and beverage production. We are thrilled to work with them and help them reach their goals – and we hope to work with them down the road as they expand their brewery beyond our walls.”