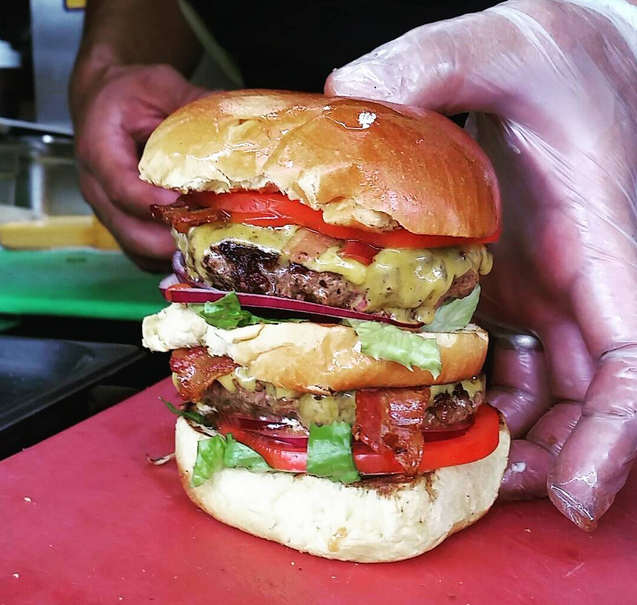 This new vegan taco bar from Nicole Marquis (HipCityVeg, Charlie Was a Sinner) opened in Rittenhouse on Aug. 24.

I know you've been curious.

Co-owned by Valerie Safran and chef Marcie Blaine Turney (Lolita, Barbuzzo, Little Nonna’s, Jamonera), Bud & Marilyn’s is a nod to Turney’s grandparents’ restaurant back in Wisconsin. Serving updated American comfort food in a throwback-style atmosphere (the Nashville Hot Buns are a headliner), Bud & Marilyn’s opened on Aug. 27. They have also since introduced a happy hour.

Sam Jacobson opened his British bakery in East Passyunk on Aug. 28. Tip: pies sell out fast, so get there early.

The team behind Memphis Taproom and Local 44 is set to open this approachable Montreal-style bistro in South Philly this week. A grand opening is scheduled for Tuesday, and beginning at 5 p.m. you can pop in for complimentary nibbles from the menu all night long.

Beta 2.0 site is live! After a lot of years of struggling with diy-html, we took the easy and far more attractive way out! Plus, we're mobile friendly! Lots more photos of food and fun appearing soon on a website near you! #coeurbeergoggles

The finishing touches are being put on this new Bella Vista French/American restaurant from Joncarl Lachman and Bob Moysan of Noord.

Yep, that Geno’s. South Philly’s longtime cheesesteak destination is expanding next to Victory Beer Hall at Xfinity Live! and is scheduled to open this Sunday, just in time for the Eagles home opener.

The best cure for your Monday Blues. #GenosSteaks

This new American restaurant has been a project a long time in the making between Scott Schroeder (South Philadelphia Tap Room, American Sardine Bar) and pastry chef pal Pat O’Malley. Located on Fabric Row, it will serve breakfast, lunch, and dinner.

The food truckers operating Street Food Philly, Taco Mondo, and Say Cheese have partnered up for this brick-and-mortar taco shop. The 30-seat BYOB opens soon at 20th and Walnut Streets.

The popular Cypriot restaurant closed up its Washington Square West location in May, but owner Konstantinos Pitsillades spent the summer preparing to relaunch as Kanella South, opening soon at 757 S Front Street with a full bar.

The award-winning food cart located at 33rd and Arch Streets is moving to a brick-and-mortar location on W. Girard Ave. this fall. If you’re a fan of the burgers (chances are if you’ve tried one, you are), then click the link for their GoFundMe page to help support the effort — for every dollar you donate, you can redeem in FREE food once they open the doors (so it’s sort of like buying lunch for the future).

Every Philly Restaurant That’s Been on Diners, Drive-Ins and Dives
Southgate. Happy Hour. Get Some.