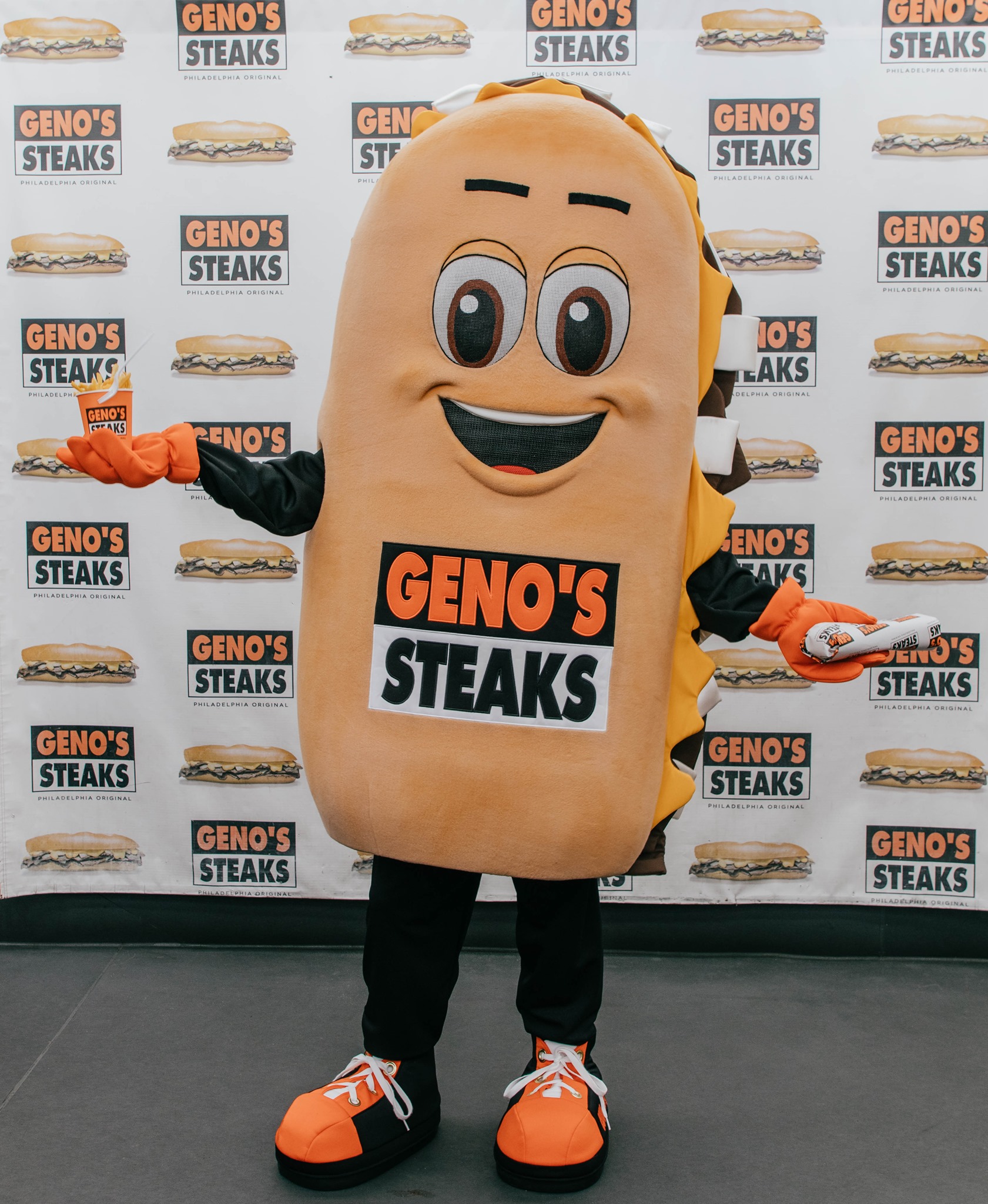 Move Over Phanatic, Geno’s Steaks Now Has an Official Mascot!

Love em’ or hate em’ Geno’s is a staple in the Philly culture.  Although many locals claim to patronize anyone but Pat’s and Geno’s, folks fly in from all-over the world to try their steaks.  Now Geno’s is giving their stand an even more touristy feel with the addition of their new mascot Whizzy.

Whizzy definitely has a big shadow to work from under with the Phanatic, Swoop and the latest craze Gritty taking all of the shine.  However, owner Geno Vento believes Whizzy will become apart of the Philly culture and bring smiles to people’s faces.  According to Vento, Whizzy took 8 months to create and now he’s officially making his debut.

To celebrate their new mascot, Geno’s will be having a week of giving which includes free cheesesteaks! This Wednesday, Geno and Whizzy will hand out coupons throughout Center City, and on Friday, they will be touring Philly landmarks for photo-ops with fans.

In addition Geno’s will dabble in a little philanthropy by presenting a $1,500 check to the local chapter of Easterseals, a nonprofit that serves children and adults with disabilities, and the Citizens for Fire Prevention Committee, a nonprofit that supports the Philadelphia Fire Department.
Continue Reading
You may also like...
Related Topics:cheesesteaks, geno vento, geno's mascot, geno's steaks, whizzy, whizzy the mascot