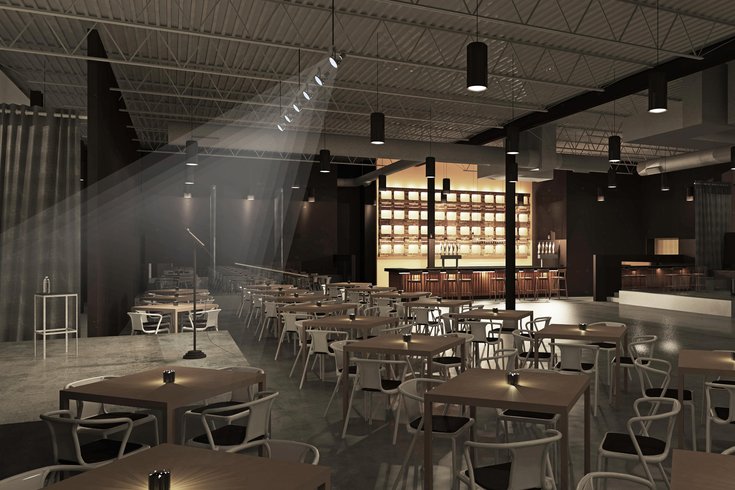 Nearly one year after the launch of The Fillmore Philadelphia hailed as “the most beautiful live rock music venue in the United States,” Live Nation is planning to unveil the Punch Line Philly comedy club only a few steps away from that concert hall to join the rapidly emerging Fishtown entertainment scene.

Punch Line’s opening is scheduled for this July.

Live Nation Comedy is the world’s largest promoter of comedy events, selling 2.5 million+ tickets to over 850 shows in 2015. LNC works with a diverse roster of comics ranging from lauded up-and-comers like Pete Davidson and Chris D’Elia to marquee entertainers like Dave Chappelle and Bill Burr. Recent highlights at LNC include tours such as the Oddball Comedy Festival and Kevin Hart’s “What Now?” Tour—the highest grossing comedy tour of all time.

President of Live Nation’s House of Blues Entertainment Division Ron Bension said, “Philadelphia has an amazing comedy heritage and Punch Line Philly will feature the world’s best comedians in a one-of-a-kind Fishtown vibe with great sightlines, food and beverage. “Our commitment to the Fishtown neighborhood runs deep and we’re excited to share this new offering.”

Beginning May 6 in advance of the Punch Line’s official opening, the “Punch Line Presents Comedy Series” will kick off next door at The Foundry room on the top floor of the Fillmore. That show will follow the Ben Folds’ concert and showcase local comedians Chip Chantry, Jim Ginty and Dave Terruso.

6 Commercials That Will Make You Weep and Call Your Mother
Tria Announces “Women in Wine Week,” Honoring Top Female Winemakers