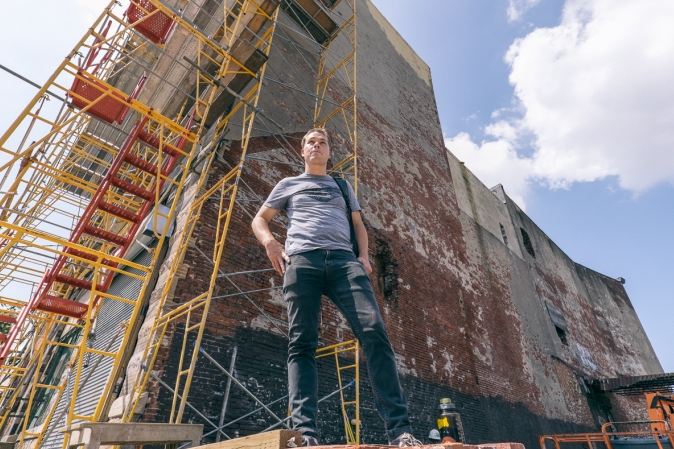 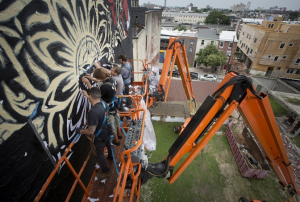 Shepard Fairey and his team work on “Lotus Diamond” in Fishtown. (Pic courtesy of The Mural Arts Program)

Friday August 8th legendary street artist, Shepard Fairey and his team will unveil a new mural at 1228 Frankford Ave. in the Fishtown section of the city.  If you haven’t heard of Shepard Fairey you definitely seen his work.  He is the guy behind the popular Obey brand as well as the man that created the iconic Obama “Hope” campaign logo.  Shepard was also featured in the cult classic film “Exit Through the Gift Shop.”

As part of the city’s Mural Arts Program Shepard will be doing several pieces throughout Philly in the coming months.  The mural that will be unveiled this Friday will be entitled “Lotus Diamond”and will be approximately 29′ X 29′.

Work on the mural began this past Monday and will be completed by Friday. The actual dedication will take places at 1228 Frankford Ave. from 1-1:30 pm. Catering for the event will be provided by Frankford Hall.