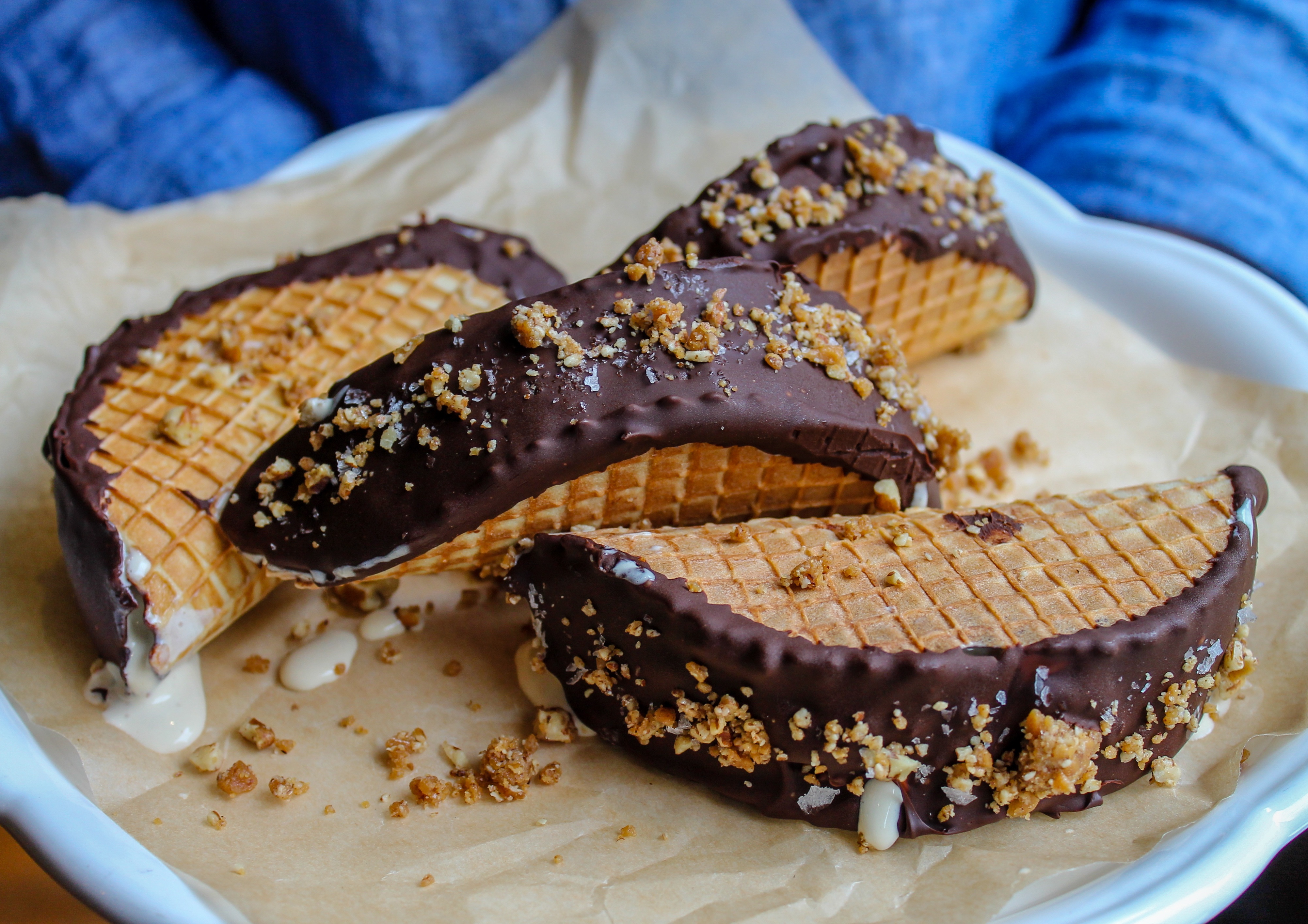 Tomorrow, Friday, May 4 and Saturday, May 5, Chef Marcie Turney and Valerie Safran are bringing back the Frozen Salted Caramel Budino Stuffed Choco Taco, their most variation on the original salted caramel budino dessert offered at Barbuzzo, the duo’s Mediterranean kitchen and bar. For this limited-edition dessert, which originally debuted for one day last spring, a homemade waffle cone taco shell is dipped in dark chocolate, filled with a frozen salted caramel budino pudding and topped with a sprinkle of pecan toffee crunch along with a few grains of Fleur de Sel sea salt. Beginning at 11 a.m. on both days, the budino choco tacos will be available until sellout at Chef Turney and Safran’s second floor private event space, located directly above Barbuzzo at 110 South 13th Street. The budino choco tacos are $6.50 each (cash only).

The original budino dessert became an instant hit when Barbuzzo opened in the fall of 2010 and its popularity has even inspired Chef Turney and Safran to create other versions, including the frozen budino pop and the budino popover.

The Best Tacos in the City Will Be at the Philly Taco Fest and Tequila Expo May 12th & 13th!
The Upcoming 6th Annual Preakness at the Piazza Will Benefit The Multiple Sclerosis Society!
To Top
Get the Coolest Philly Events & News Emailed to you Every Week!