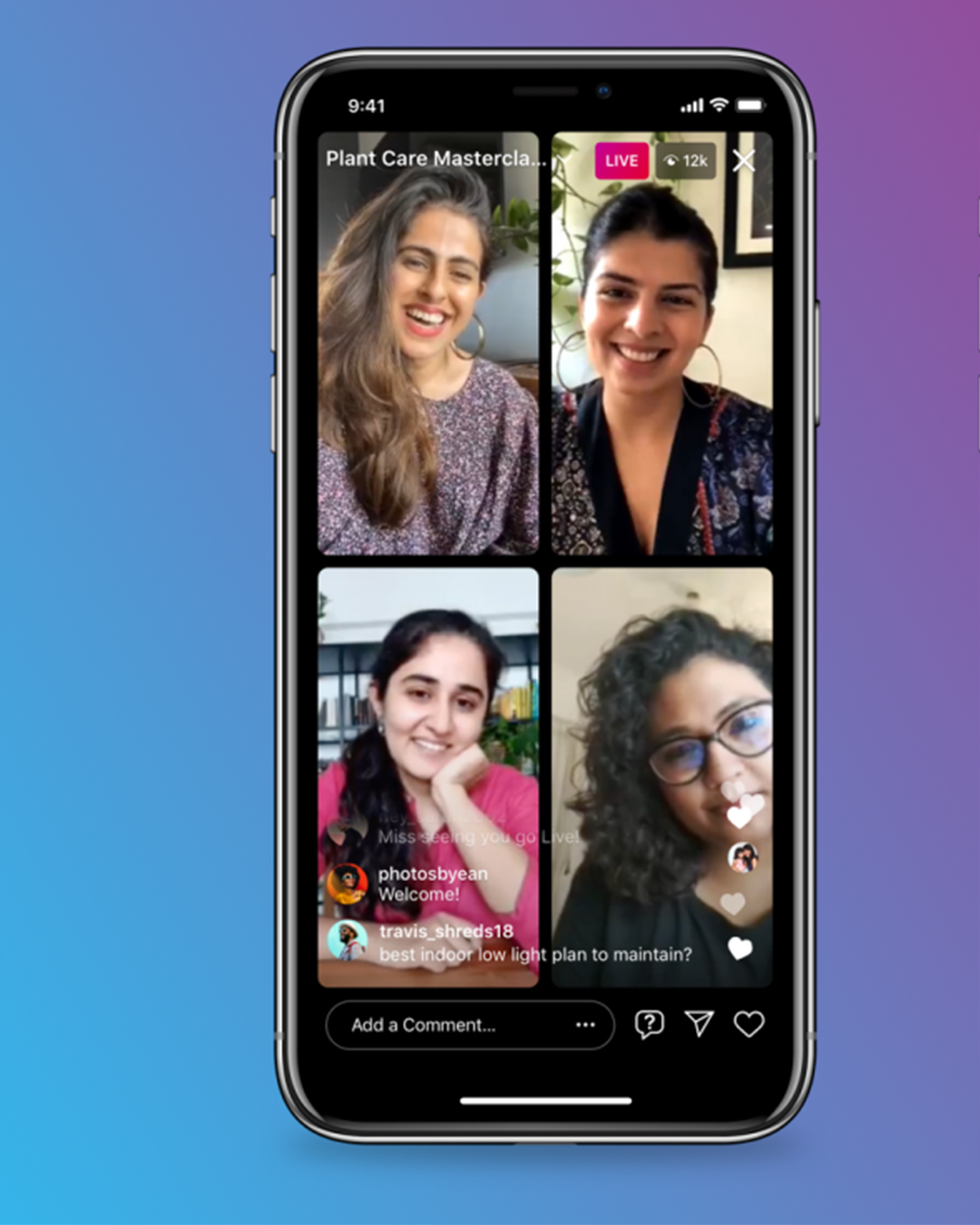 Instagram announced that they are adding a new feature that has been highly requested among users.  The New “Live Rooms” feature will allow up to four users to broadcast live together.  IG says that the Live Rooms feature will be a great tool for content creators looking to enhance Q&A sessions, live talk shows, music jam sessions and so much more.

In addition to Live Rooms, IG will also adapt “badges,” a money making feature that has been prevalent in other streaming services.  Live viewers will be able to purchase badges.  These badges will appear next to the user’s name which will allow them to stand out in the comments during live streams and show their support to content creators.  The badges will be widely available this fall and will be set at three different price points, $.99, $1.99 and $4.99.

To begin using Live Rooms, IG users will need to swipe left and select the Live camera option.  Once selected they will then title the Room and tap the Room icon to add guests.

According to popular tech mag TechCrunch “With Live Rooms, fans can buy badges to support the hosts (one badge per person) as well as use other interactive features like Shopping and Live Fundraisers. The company says it’s also now developing other tools, like moderator controls and audio features that will roll out in the months to come.

For safety reasons, any person that’s been blocked by any of the Live Room participants will not have access to join the livestream. Plus, any guests who have previously had their live access revoked due to violations of Instagram’s Community Guidelines won’t be able to join any Live Rooms”