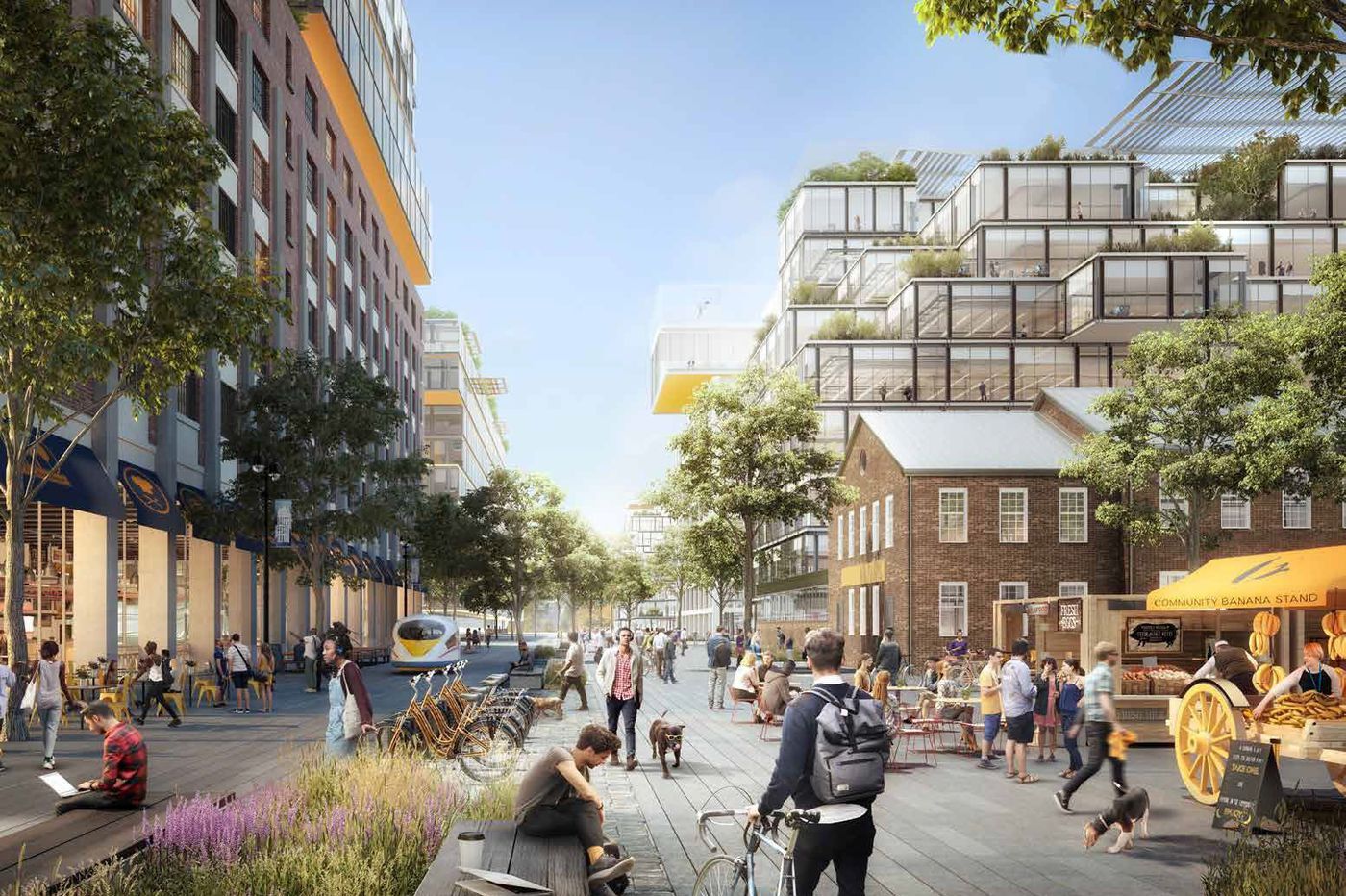 A huge Navy Yard expansion project that will create millions of square feet of office space, lab space and for the first time residential space.  The project is expected to tip the scales at $2,6 billion in private investments.

California-based Ensemble Real Estate Investments will team-up with Philadelphia-based and African-American owned Mosaic Development Partners for the project.  If Mosaic Development sounds familiar, they are the firm behind the Navy Yard’s Marriott hotel as well as the Eastern Lofts apartments in Brewerytown.

The expansion will be focused around the current 12 acre Urban Outfitter’s Inc headquarters in what will be dubbed the “Historic Core District.”  The plan is to give the area a “downtown” vibe.

Mayor Kenney weighed in on the project and assured that there will be diversity and inclusion during the construction phase stating. “The Navy Yard has fulfilled its initial promise of becoming a thriving center for business, innovation, investment, talent, and jobs. The exciting new partnership with Ensemble/Mosaic will not only build on this track record but will also bring new ideas and energy to the Navy Yard while ensuring that equity and inclusion are at the forefront.”

Both Mosaic and Ensemble have agreed on substantial inclusion of minority and women-owned businesses during the project’s construction and operation phases.  In addition a portion of the net income from the expansion project will be distributed to a charitable foundation that educates and creates work opportunities for young Philadelphians. Plans for the project are expected to be finalized in 2021.

Wawa is Building a Drive-Thru Location in Lower Bucks County
The New Tequila Bar “Añejo” Is Now Open at The Piazza in Northern Liberties!