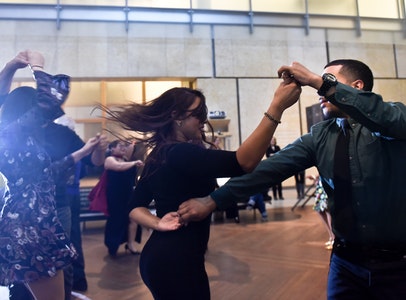 Enjoy classic songs like “Mas Que Nada,” “The Girl from Ipanema,” “Strong Black Coffee,” and “Águas de Março,” performed by the internationally acclaimed Brazilian-jazz group Minas. Get up and dance if the spirit—or the rhythm—moves you!

With more than three decades of performing and recording, Minas is known for its blend of Brazilian and American sounds, creating an unforgettable musical tapestry that transports and inspires listeners. Nominated for seven Grammy awards, the band has performed around the world, including in Brazil and in US venues like Lincoln Center in New York and the Kennedy Center in Washington, DC.