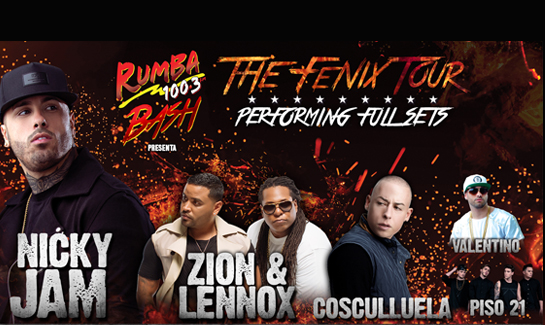 Nicky Jam “The Fenix Tour” visits the Mann following his incredibly successful year with No. 1 hits “Travesuras” and “El Perdón” (featuring Enrique Iglesias). “El Perdón” was awarded the 2015 Latin Grammy for Best Urban Performance while the artist received five 2016 Premios Lo Nuestro nominations. The 11 times finalist for the Billboard Latin Music Awards will be joined by De La Ghetto, Zion & Lennox,  and Valentino who will be performing full sets.