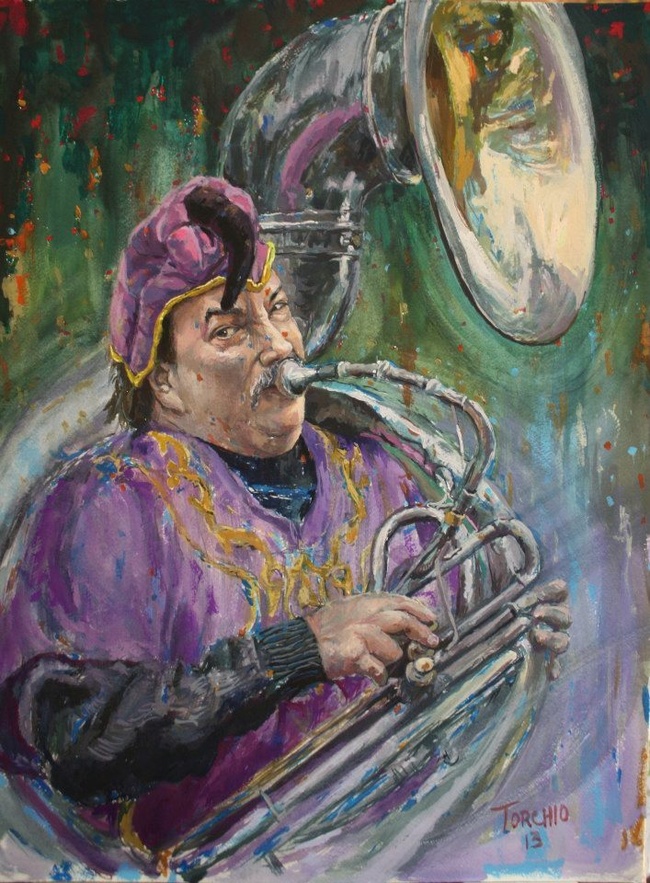 We are the WILD BOHEMIANS!!! Up goes the cry at a tradition that has brought the sounds, dance, and raucous joy of Mardi Gras to Philadelphia since 1984. The band’s repertoire consists of any and all music from Louisiana, including Cajun, Zydeco, Dixieland, Mardi Gras Street Music, Jazz, R&B, and a specialty the Bohemians called Swamp Stomp. The band also shows a penchant for silliness, wearing wild costumes, telling strange tales, making weird noises, and playing novelty songs that strike their fancy.

The Wild Bohemians have played to jubilant dancing audiences. The party has expanded to include a parade held on a Sunday afternoon before Mardi Gras featuring the band marching down South Street, trailed by costumed revelers, stopping in every bar along the route for a short set and a tall drink.