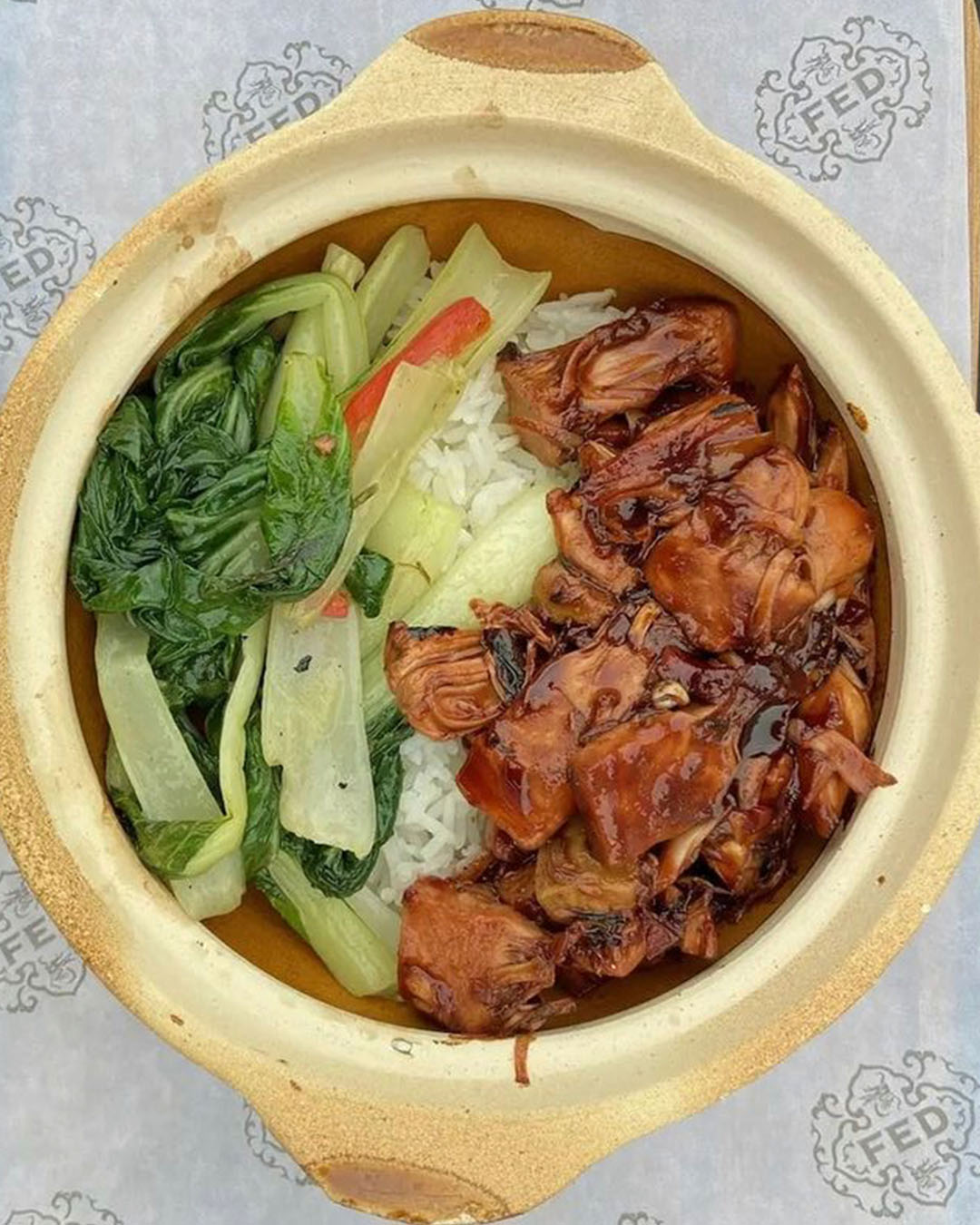 Chinatown is home to some of the best cuisine in the city. This small neighborhood in Philly packs a big punch when it comes to flavor and variety.  Now it looks like a newcomer is on the scene and it’s putting a twist on traditional Cantonese dishes. 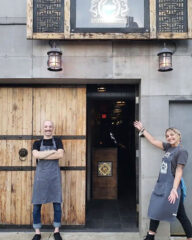 Owner Kevin Wong opened the doors to Far East Descendant (251 N Clarion St.) on September 16th with a soft opening.  It didn’t take foodies long to catch wind as their eye pleasing dishes quickly made their rounds on social media.  “This is not a traditional Cantonese restaurant nor is it a fusion restaurant. The menu is made up mostly of traditional Cantonese flavors but prepared in a new way or some kind of twist,” Kevin states.

You would expect a culinary vet to make such bold moves on classic dishes.  However, that’s not necessarily the case.”I grew up working in my parents’ take-out as a kid, but never worked or opened an actual restaurant so Far East Descendant is my start. So fresh out, and right into the wok. I was originally just handling concept and design build-out (which is my expertise), some partners came in with their ideas, chefs, and investors. Like most business start-ups, the plans never manifested, so I decided to tackle the whole thing unaware of how much effort and resources it would take to start,” states Kevin.

So what dishes can you expect here exactly?  “So far the best sellers are the Shrimping Toast, Taro Fries, and Dim Mak Ribs are pretty unique. Next week we are adding an 18 Taming Dragon Steak dish with our special Steak sauce that is going to blow people away. In the coming weeks, we will also be introducing a unique prefixed shared table meal as well,” adds Kevin.  Other notable menu items include White Lotus Patty, Crispy Chicken with Phoenix Ash, and Plum Flower Duck.  See full menu here. 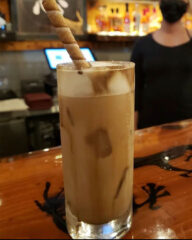 As for the drinks Far East Descendant offers unique cocktails including a milk tea cocktail, a facing heaven pepper spicy margarita, a bitter melon cocktail, a sesame old fashioned and baijiu cocktails, as well as a Chinese Medicinal Teas that will are available as is or a “hard” version with alcohol.

The current hours of operation are Tuesday through Saturday 5 pm (for happy hour) -10 pm with the bar until 12 am. The venue seats 40 but it currently operating on their rooftop unless there’s rain.

At the moment Far East Descendant is hiring for both the front and back of the house positions. “I’m very lucky so far the staff we do have is hard working and gets along very well. I’m even starting to give free Martial Art lessons for any interested staff members during the off hours. I think it helps with confidence and team building,” Kevin states. 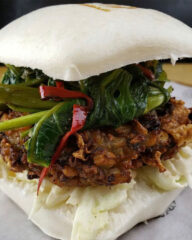 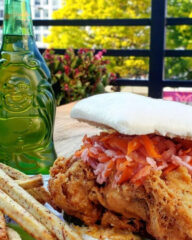 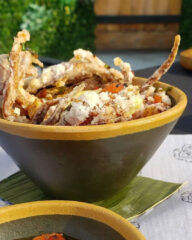