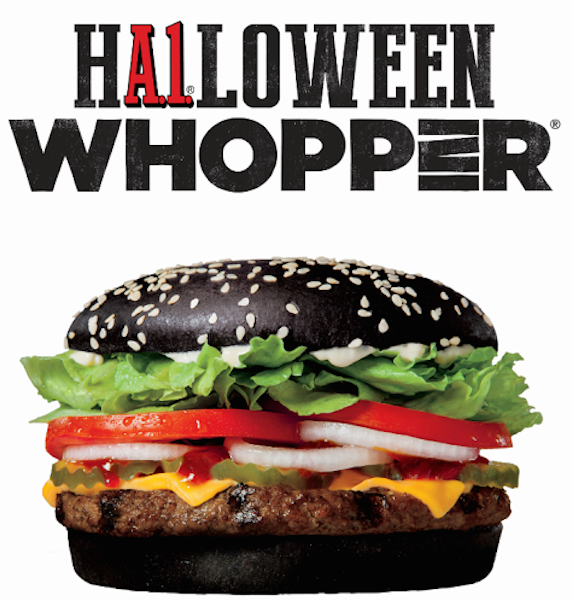 You my or may not remember those viral pics of fast food sandwiches in Japan with the black buns.  Well it looks like those wacky burgers are coming stateside thanks to Burger King.

Just in time for Halloween, Burger King just released the Black Whopper.  Where as its Asian counter part used squid ink and bamboo charcoal to darken their buns, the American Black Whopper uses A1 Sauce and black pepper for a unique look and flavor.  The interrior of the sandwich remains the same except for some more A1 sauce for an added smokey flavor.

“We tailored the flavor of the black bun to the American palate with A.1. sauce, a flavor this country loves, and we’re delivering it in a way that’s never been done before by baking it into the bun,” said Burger King Chief Marketing Officer Eric Hirschhorn in a press release. “It may look Japanese but it tastes like America.”

So if you want to get into the holiday spirit early you may want to muster up some courage to try this spooky sandwich.  The Black Whopper is available now but only for a limited time.

Continue Reading
You may also like...
Related Topics:black whopper, halloween