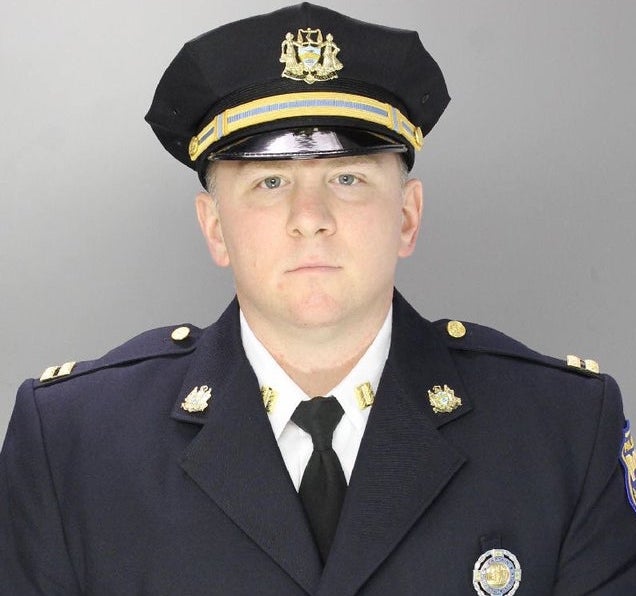 A Petition To Remove Fishtown Police Captain William Fisher is Almost at 25,000 Signatures!

A Petition To Remove Fishtown Police Captain William Fisher is Almost at 25,000 Signatures!

“On Monday, June 1 2020, a vigilante group consisting of 60-100 people armed with bats, clubs, pipes, and hatchets marched freely on Girard Ave. in Fishtown. Residents of the area were harassed, insulted, spit on, and in at least two cases physically assaulted. Reports at the time indicated that the vigilante mob hurled ethnic and homophobic slurs, including “f****t,” “n****r,” and others. A reporter for WHYY was sent to the hospital after being beaten by members of the mob,”  reads the first paragraph of the petition calling for the removal of Captain William Fisher.  The petition is being shared and promoted via social media including the popular arts-based page @streetsdept.

The group of men that were wielding weapons can be heard in several videos shouting homophobic slurs and claim to be protecting police officers.  Although some have commented that this is “old fashioned street justice.,” the mayor has called it a botched job by the 26th precinct.  The petition goes on to say that the vigilantes were protected and even chummy with the officers.   In all the videos posted the officers standing duty are facing the unarmed crowd with their backs towards the armed Fishtown residents.  The Philadelphia Inquirer also ran a story regarding this event in which the reporter stated what they witnessed, “But most disturbing was that local police appeared to be giving the group their blessing. We watched police officers shake hands and chat amicably with men wielding bats. Notably absent was any organized police line to control the mob’s movement, like we’ve seen in other protests in the city. Instead, the police and mob stood next to each other in apparent solidarity. The 6 p.m. curfew came and went, and we saw no effort to disperse the crowd.

Aside from removing Capt. Fisher, the petition is also looking fo a full IA investigation of officers on the scene must be conducted, and officers who refused to arrest members of the vigilante mob engaging in violence must be fired.  In addition Mayor Kenney and Commissioner Outlaw must clearly state their objection to vigilante actions – not just “armed vigilance” – but all efforts and allowances of transfer of law enforcement authority to favored groups.

The petition can be found here.

Philly Makes History By Awarding The First Diplomas in Circus Arts!
176 Fine Wine & Good Spirits Stores Will Reopen in the Area But All Philly Stores Will Remain Closed!